The Ulsterbank Group (which incorporates First Active) have announced they will not be passing on the latest ECB rate cut to their variable rate customers. They did this with savers rather than borrowers in mind. As readers of this blog will know, I am no fan of either of these lenders as they have tended to offer the least value in the market, that, along with their service of the intermediary channel also puts them in the bottom slot as far as the intermediary industry is concerned.

So a move where they ‘don’t pass on the rate cut’ would seem to be the final nail in the coffin right? Well, not exactly. They are doing so to protect depositors, and it is important that people understand why a bank might do this, and why indeed, its is actually the right thing to do in the present market.

In plain English, the answer is this – the lower rates go the worse off banks margin becomes. They can’t pass on the rate cut to depositors or they will go elsewhere, and due to public pressure they have been forced to pass the rate cut onto customers. RBS group are not under the Irish Guarantee, so they owe us nothing, and we have no right to feel an obligation from them. 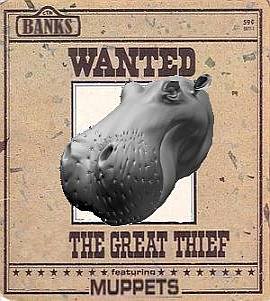 People with variable rate mortgages have no right to rate cuts, variable rates are determined by individual banks and while AIB or BOI might be justifiably forced to pass on the rate cuts any bank that was not directly bailed out should be running a prudent business and if rate cuts are not on the table of prudent business then don’t do it. We need to ask ourselves: how can we get banks to lend, not fire their staff, support small business, pay high deposit rates and pass on rate cuts where they are not legally required? Something has to give, every single facet cannot be satisfied and therefore borrowers, the debtors of the bank, should rightly be the first and not the last beneficiary. Punishing people who save is nonsensical, rates are now at a point where the margin difference barely matters.

RBS Group have made their stance clear, they are not passing this rate cut or any that may come in order to be able to reward savers. This being the case I think it would be thus fair to expect them to have products that place in the top five on any given deposit option, it would make sense given that other banks are passing on the rate cut that UlsterBank or FirstActive would be able to pay more to depositors right? That they could pay the best deposit rates in Ireland.

Demand account: Neither Ulsterbank or First Active are in the top 5

This gives us a quick indicator of the ‘depositors’ they are seeking to reward, they are the depositors who put capital into the company recently, namely Her Majesty’s Treasury. It would be one thing if banks actually decided to reward retail depositors and not pass on the rate cut, it is entirely another to use that ‘excuse’ but then have your actions portray otherwise.

*rates as per 8th April from Best Advice ltd.