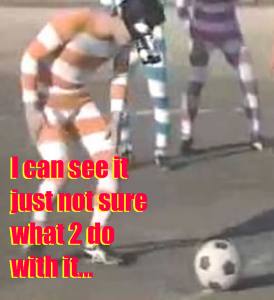 Today the FT has reported that the ECB will offer unlimited 12 mth repo facilities to banks, this is a big step for the generally hawkish bank. Note: Unlimited.

We have said on this blog/radio/national papers that the 1% mark is not likely to be passed due to the compression it causes on banking profits (the ZIRP policy was one of the inherent issues with Japan’s lost decade). So the opportunity to get in at what is being touted as the historic low, not to be repeated, will have an effect and the belief – at least in this house – is that it will be on the right hand side of the yield curve.

Undoubtedly banks will now gather every available piece of collateral and cash it in. Remember you heard it hear first: this will cause a problem in about 12 months time when the piper has to be paid and everybody is cashing out/back in at once.

While this doesn’t equate to strict ‘Quantitative Easing’ the availability of unlimited funds for assets, at rates that the market are being told are historic lows will have virtually the same effect.

Back to the yield curve though, this unlimited 1yr funding means that any money below the 1yr mark will probably be at an artificial low, why pay interest when you can just pass all of your assets to the ECB?

However, we pointed out the disconnect that already exists in money beyond the 1yr market at present, and this is likely to increase. If everybody has access to short term money then scarcity value will naturally fall on the 1yr+ prices, for mortgages in Ireland this will probably translate into a new-new-best-deal 1yr fixed rate from one of the institutions, however, if the existing inflation expectation is built into the future prices, and then you add some scarcity to the mix then it could mean we see short term rates drop (1 to 2yr fixed, perhaps some over priced variables too) and longer term fixed rates start to rise, leaving a void in the middle.

It’s kind of getting old at this stage, but if you want to fix your mortgage rate then get off the fence and do it.