'Thrift' and why it will be the next fashionable trend 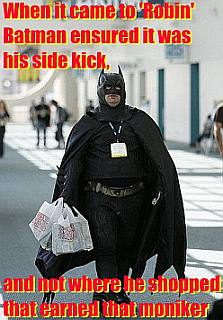 If the Celtic Tiger brought the fashion of consumption and SUV’s then certainly the polar opposite will come true in a downturn, and that will be the emergence of ‘Thrift’ as a way of doing things. Today we will look at some popular thrift websites, as well as how recycling will come into play in the way we do things for the coming years.

The older generation must be secretly laughing at us, they were frugal and appreciated the value of money, I have heard this said on radio, the television, and even on the streets. I suppose it never hit me too much personally because I’m not a flash type of guy, I own a car but I cycle to work (partly due to my feelings on environmental responsibility and party because its faster than sitting in traffic), I could afford nicer clothes but I don’t feel the need to be impressive in that department so my banged up civvies will suffice (as far as I’m concerned). In the area of thrift I can tell folks a lot, but nobody wanted to listen for the last decade, however, as of late there is an audience.

Flash cars, once a point of pride will become a point of scorn, inevitably as money becomes tighter. Currently rates are falling in order to stimulate the economy, in the US they are talking about a zero interest rate in 09′ they cannot fall below zero though at which point you can only run the printing press to inflate your way out of deflation, the US Dollar has hegemonic status which means they can do this (assuming that stimulus plans in other countries are not funded by them selling their Tbills!). The end result though will be a wave of inflation. 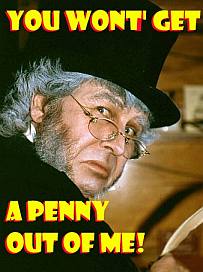 Rising rates are having an effect on how people see debt, if you look at the differing attitude in property in Ireland today versus 2005 it is a night and day scenario. The correlation which has always existed of low rates giving rise to higher asset prices and a latter raise in those rates causing a crash, it is now in late 08′ that we can see the new paradigm of property ownership, one where the ‘debt’ is not a positive thing, I’m intimately familiar with this feeling on a personal level. An interest rate of 20% means that your debt will roughly double in the space of just four years.

Property investment will likely, in the coming years revert to what it used to be, part of an overall portfolio (not the ‘whole’ portfolio as it became!), where the heavily involved players are those who understand that part of the market best and can run it efficiently, on the residential side that would be builders/developers and on the commercial side it will be institutional.

The whole area of thrift is starting to play through to our pockets already, I hear more people saying the shop in Lidl and Aldi, as well as that, traffic isn’t as heavy as it was this time last year, is that because people don’t have jobs to drive to? Yes, but people are also cycling more – I have certainly noticed more cyclists on my route – and walking as well as carpooling (on that one I don’t have emperical evidence on this just personal observation). It seems there is no facet of life where there is not some form of deleveraging! 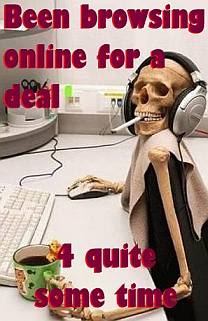 The one thing I have taken note of is this, the discounters don’t have online shopping, perhaps Tesco will compete in the near future more on that side of the business, if you can save €10 on your shopping in a discounter then what is the difference between that and the actual cost of driving to the discounter, parking, queueing, the time it takes etc. versus setting up a shopping list with Dunnes or Tesco online and getting it dropped off to you? I would envisage the best growth area for these two companies would be online moreso than in line at the checkout.

If you want to find some sites that will help you save some money we have a few for you:

Petrol: Pumps.ie is a site that lists the price of petrol at different stations all over the nation.

If you want to compare prices at different prices on broadband or mobile phones you can check out Compare.ie for call costs specifically Comreg’s callcosts.ie is great. 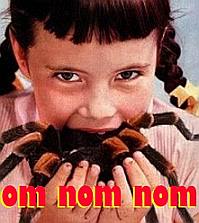 For money matters moneyfish.ie is an easily used site that have a great looking interface and the usability is slick, I like that site a lot, which is a big compliment when coming from an outspoken cynic! The only issue is that a lot of information on the site is not up to date but that is likely part of the teething problems anybody would have doing a project of the same scale.

On the money front mycash.ie is also great, promoting some of these places will literally take food off my plate but I think it’s vital to say well done when somebody does a great job and they warrant this 100% when I first heard about them (there was an article in the Trib by Eddie Lennon on it) I emailed them to say great work.

The award winning Itsyourmoney.ie which is run by the Financial Regulator is one of the most popular and well promoted money websites in the nation.