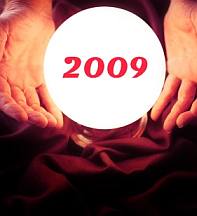 Today I am taking out the crystal ball, and asking it if these final weeks of December 2008 and the start of January 09′ are the tipping point of the greatest bear market since the 1930’s. The recession is huge, there has been billions in wealth wiped out, we passed the one trillion mark last month, the total is expected to be over 1.5 trillion USD in total.

The question is, how low will the path of this bear market go? [note: this is about the stock market and not the Irish property market] Central banks around the world are chopping rates, forming bailout packages and doing all possible to get the economy back on track. Today we will consider some of the reasons that we may be actually seeing the start of a tipping point.

I believe the trend will be that we saw what amounted to the greatest financial crash in modern history in nominal terms. The fallout in Q4 only escaped the ‘crash’ moniker (but ‘worldwide financial crisis’ doesn’t exactly have a nicer ring to it either!) because the steep declines happened over the course of weeks rather than days.  The bottom call is for Q1 of 09 with a protracted period of volatility which will last until Q3 of 2009. At that point it is likely that the bailout packages and stimulus packages will have played through to the real economy and will start a period of market growth as well as inflation which will be one of the hallmarks of mid 2010/2011. 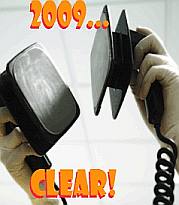 This is not based on Ireland, my sentiments are that due to our small economy, highly leveraged populace, and lack of prudent fiscal planning that it will be inflation that actually saves us more than anything else. The rising unemployment will mean that we have to get serious about attracting manufacturing jobs, creating international services and promoting entrepreneurship again so that companies that would normally have located in Eastern Europe or Asia may turn West once more instead. One thing is that we will get back to being more competitive given the replenished pool of skilled job seekers (perhaps replenished is the wrong word, as it is not a new inflow but rather due to job losses/cuts that the labour is available).

Gold will see a strong year in 2009 due to increased demand and a growing concern about the coming inflation and the stability of fiat currencies, having said that, if we do see markets return quicker than people expected then it could cause the kind of confidence that moves the fearful out of safe haven of precious metals [personally I will stay partly vested in precious metals come hell or high water]. 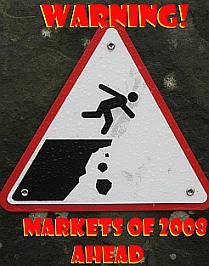 As Soleil Securities Chief Investment Officer Vince Farrell said in a research note to clients recently, “Bear markets end when the news is at its worst, and long before the statistics and the numbers turn to the positive. We need to keep that in mind.”

On that basis I feel it is fair comment to say that (+/- volatility of c. 10% aside in 09′) that we may have seen the worst of it, governments reacted with great speed -compared to the speed of their reaction in past crises- and the printing presses have run overtime along with ZIRP (zero interest rate policy) in Japan, The USA and perhaps soon in the UK and maybe even in the Eurozone. Only time will tell, although further rate cuts are highly likely.

The question now is will the influx of money be devoured by deleveraging, will it be soaked up by the markets? Or (as I believe) will it eventually find its way into the real economy and result in inflation? Last year in January I made the call of the tipping point being a recession of which I felt we just entering, for that reason I moved all stocks to cash for the first time in my adult life, now I am totally confident about getting back into the market.

It is important to ask yourself why you invest, if it is for short term gain then stay out of stocks, if however, you are doing it as a vital part of your long term plan (which I always assume to be financial independence) then there are two things to remember, firstly, leave emotion of out it, and secondly, if you didn’t cash out when we had advised it then you are nursing huge losses, however, cashing out now would likely be an emotional decision and if there is a recovery deposit rates will not get you the returns you lost.