The tax of Regulation 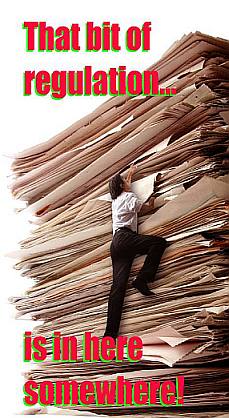 It is worth noting that the constant calls for ‘Regulation’ are partly flawed, on one hand we do need more regulation, such as regulation of our Government agencies who can’t control their spending, regulation and accountability of our regulator, and of course (most importantly), some regulation of central banks who’s ability to keep rates too low and aid in the creation of money is closely linked with every major boom/bust in the last 100 years.

However, further regulation on financial services companies, and in particular small financial companies is not going to achieve the very aim it sets out to do, namely that of protecting consumers. It would be far better to have an ombudsman and regulator with teeth than to look for more laws that can be broken without retribution [in this respect banks have broken strict rules with almost total impunity].

Financial services are also a zero VAT business, this means that while we pay 21.5% VAT for everything we receive, we cannot charge VAT to our clients, thus, all of our supplies are over a fifth more expensive to purchase than they are for almost any other firm! While many feel financial services firms might overcharge, the reality is that we are, in effect, overcharged 21.5% by our suppliers!

Then there is the levy which industry must pay, 50% of the funding for the financial regulator comes from industry, clearly this money was not utilised correctly or we would have (at least to some degree) avoided the worldwide financial crisis to at least some degree, I don’t think financial firms mind footing half the bill but when the budget is blown and no value returned for it, the cost of funding said agency in return for being considered the root of all evil is a bitter pill.

For instance: proper reform in banking in a timely manner (in particular leverage rules) would have done much more to ease the pain than any kind of stimulus plan that we don’t’ have the money for. The very existence of the Regulator becomes a cost which cannot be avoided, therefore it translates into a tax on a financial services company for merely existing.

Sadly, the cost of regulation has risen to the point where it is a tax of its own, and this is happening while large banks are being bailed out,  they have acted in a manner that doesn’t guarantee business survival, this has been rewarded with billions of Euro (and yes that comment is intentionally populist!), those who have not run businesses recklessly are meanwhile left to struggle on without help, and this is happening while the very companies that have done wrong are kept going with taxpayer money.

As a practitioner there is a fear that ‘new’ regulation will really be punitive in nature without having any actual benefit to the system, nor indeed to the client, in fact, the market would likely work in certain spheres, far better with less regulation and instead a further emphasis on vetting existing firms as well as applying higher standards towards new entrants as well as creating an efficiency test for grand-fathered applicants (those who got regulated as part of the grandfathering system). 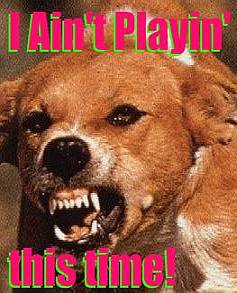 Our regulator has a track record of being heavy handed with small firms but treating the larger ones with kid gloves, certainly, if you look at the percentage of any fines v.s. annual turnover of any firm you will quickly see that this is the case, it is an error, and should discontinue.

A Regulator can put as many paperwork barriers in the way as they like, an interesting analogy I heard recently from Stephen Kinsella (who incidentally keeps a great blog) said that a regulator should press up against industry, in effect try to find ways of closing them down. While I don’t agree with that concept implicitly it would be nice to see people who fudged balance sheets with intent go behind bars, even for a few days. It would be better again to see an equally heavy hand delivered across all sectors of the financial industry and not the difference we currently see.