The shape of reduced credit in Ireland 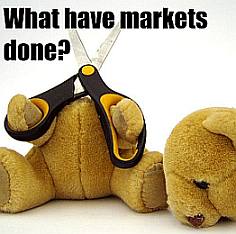 The current market is one in which mortgage lending rose at it’s lowest rate since the mid 80’s, this is coupled with a property market which is going through a painful readjustment. The figures for how many properties remain unsold are being argued in the public domain with counts from as low as 35,000 to as high as 200,000.

There is no precise and accepted accurate figure and thus the supply side remains unknown, the other issue affecting the market is the reduced availability of credit on certain types of property (apartments in particular) and a more stringent underwriting process as well as a re-assignment of staff away from commercially gaining activity into collections and arrears departments.

What can we expect to see from lenders in the near future? We will discuss some of the possible trends that may start to come into the market.

1. Lenders introducing fees: This is not a ‘fee’ in the traditional sense, such as ‘account fees’ this is a fee paid to them as an upfront profit on a transaction. Banks generally tell us that it takes them three years to break even on a mortgage (that is usually how they justify clawback anyway!) and for that reason it would make sense to make profit on the way into a deal rather than three years down the line. 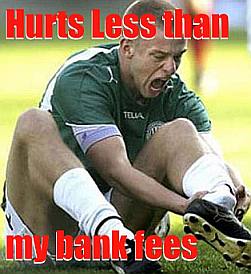 As brokers our loyalty is not with the bank but with our customers and for that reason we would see mortgage fees from the bank as being a negative move, but there are sound reasons for why they may want to do such a thing. Firstly – banks need money and they need it now, today, this would help to ease their cash flow and it would also reduce the chances of facing a loss if the customer moved their mortgage early on. If it takes three years to get into the black then any redemption before that creates a loss. In this country the Consumer Credit Act 1995 protects customers from any penalty for redemption of a mortgage if you are on a variable rate, the way to counter this would be for an ‘arrangement fee’ by the bank.

The fee would also help banks as they could pay for their costs rather than amortizing their costs. This is an important point: if you borrow your costs and then pay them off over time the actual cost is low, but if the cost of money is high then the cost of producing a loan becomes much higher and therefore finding a way to make the deal cash financed is a positive thing from a lenders view. Marginal lending in banks is currently very expensive and because of the liquidity crisis the blended rate front is not much prettier for them as everybody is having to buy in savings accounts in order to re-capitalise. 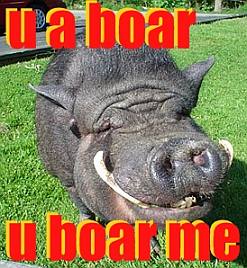 2. Increased legal costs: Nobody has mentioned it thus far but it may be a wise choice for banks to discontinue dual representation by solicitors, this would mean a solicitor could not give an undertaking to represent both sides of the deal the way they currently do. What is bad with this is that a crooked solicitor can cause mayhem for their clients in the way that Michael Lynn or Thomas Byrne did, they not only ripped off banks but clients as well and they took out several mortgages on the same property, only possible because they were representing themselves and the banks at the same time, cessation of this would mean increased legal costs for a buyer but it would give better protection to the lenders and also to the lenders shareholders who ultimately bear the burden of scam artists like Lynn.

3. A ‘see saw’ of fees to rates and offerings: Imagine this scenario – you can get the standard variable at no fee or you can pay €2,000 and get a good rate that will justify having it after 4 years and from that point on it would save you money? If there was see-saw of rates/fees it would aid transparency and give clarity to the market, part of the reason margins on lending are going up is because of the mistakes being realised from past practice of the past.

Perhaps the single greatest success for the Irish consumer is the Tracker Mortgage, this is a guaranteed margin over the ECB base rate, they no longer exist and margins are as high as 2.5% over the ECB on variable rates (trackers were generally 1% above), because these are no longer offered it makes the market a less attractive place and one of the options would be for customers to fund the procurement cost of a loan up front and then avail of a better rate, you would ‘buy your rate’ in essence, this is not yet available but it could be an option in the future. 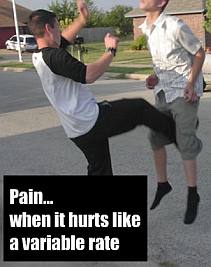 4. What about trackers with less of a price promise?: This may seem counterproductive, a tracker where your margin may change, but the alternative is even worse and it is one we are seeing creep into the market right now which is LTV based variables. LTV based variables are the worst of both worlds, firstly the people with low LTV’s are not rewarded, they are merely accepted, the margin on those loans is still high, the people without low LTV’s get worse rates and in many cases the lender is not passing on the rate cut to them which means they have a bigger mortgage (because the likelyhood is that if you have a higher LTV it is a more recent loan which corresponds with buying when prices were higher) and now you have to pay a good deal more too.

There must exist some middle ground between banks and consumers where a consumer would be willing to sign up to a loan that would have a degree of change possible in it should interbank rates go haywire, if there is no give on the consumer side then banks will simply starve the consumer out and eventually you will have to choices, buy a house with cash or buy using a mortgage with a very high margin on it.

5. Long term fixed rates: Prime lending in the USA is based  on long term fixed rates such as 20 and 30 year fixed rates, these are based off of Treasury Bonds, the issue with Euro Bonds is that the Euro has not been in existence long enough to have been a tried and tested bond, that would leave us with having to trade against a national currency that has but then there is the risk of forex changes with the foundation currency. It is safe to say that it will be a while before we see rates like this but if markets are innovative the opportunity of getting into a long term fixed rate is attractive if it is at a good margin and especially if it is bought during a time where you can negotiate a rate that sits well with long term rate expectations.

These are some of the things we may see in the market over the next year or two, currently it is all speculation but innovation does not sleep for recessions, depressions or even wars and for that reason it will not be long before we see innovators creeping back into the market.