The risk of mergers to consumers 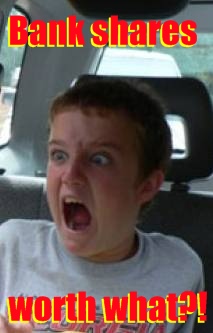 There is much in the news about private equity firms and various banks being ‘in talks’ about how they may work together (translation: some type of potential merger of parts of the business or total merger). Every bank seems to be in the spotlight right now and rumours are rife while fact is thin on the ground.

Every headline of every paper carried a bank story today, it is almost like society has moved from its fixation with property to a fixation with banks and their core tier 1 capital. If we mentioned Basel II accord a year ago people would look at you funny, today that and other terms akin to it are entering daily discussion at an alarming rate.

There is (as of today) no certainty that banks are going to merge, fail, succeed, or do anything other than what they normally do, however, if we were to make an assumption that at least three or four banks were to merge then it would leave us in a situation where there would be fewer operators in the market, in the prime lending market the current pictures is this: 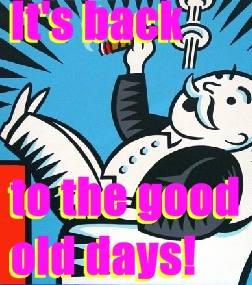 If we were to put any stock in rumours about the likes of EBS and ILP then that would knock out three players because Haven Mortgages are a fully owned subsidiary of the EBS. The list above shows 12 banks by owner but there are 16 lenders, several have two channels (such as BOI and ICS). If the Irish banks with two channels merged with any other bank it would leave a landscape of about eight or nine banks (depending on how it all went) with four of them having common owners (FA/UB will still be RBS and BOS/Halifax will still be HBOS).

What would this do to competition in the Irish market? All but kill it to be sure, because there would be several factors at play, firstly, several of the mergers would be of lenders who would still need to shore up their balance sheets and capital positions, this would remove them from meaningful competition, they would lend shrewdly at high margins.

Some lenders are backed by other Governments, for instance Ulsterbank are owned by RBS who received a £20,000,000,000 bailout package from RBS in the UK (£5 bn from the state and £15 bn from their shareholders), this could give them a capital position whereby they can compete at a level better than the strong Irish banks yet at prices still considered extraordinarily high.

It quickly shows that we may see a market that becomes less competitve while there is a simultaneous credit contraction. This would be most unwelcome news for Irish enterprise, for consumers and for savers who would also not benefit from strong savings rates in the low interest rate environment we are likely to see in the short term future, in this situation no party to the deal wins.