The 'Rich Man' died a 'Pauper'… LTV's and Life Cover 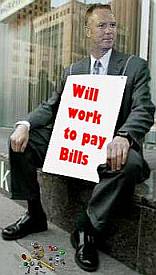 There is a risk creeping into the lives of many that they are not aware of, one that every generation has continually faced and also one that is the greatest wealth destroyer of all, namely death and debt. Nothing kills wealth quicker than death and in particular in circumstances where the estate is not settled correctly in advance or where there are large debts that were not covered.

Every person I know is bulletproof in theory but corporeal in practice and that means that many of us have risks that we are not covering, you can’t cover 100% of the bases 100% of the time but some do need to be covered and it doesn’t have to be rocket science.

How did the rich man die a pauper? We’ll take an example of a person with a home and two RIP’s (residential investment properties), We’ll say that the lady of the house is a solicitor earning €120,000 a year her name is Jane Doe, and the man of the house (John) stays at home minding the children, they have loans on their own home and on the investment properties as well as two car loans, one was taken out from the local credit union, the other from a bank.

Jane Doe gets sick, as a self employed person she doesn’t get state illness benefit and John is trying to take care of Jane -who survives but is unable to work- and the kids so he can’t work. Their savings dissolve after a few months and then the worst, Jane passes away. This story is a real life example and the tragedy doesn’t end here.

Jane had life assurance for the family home but not for the investment properties and now the tenants want a rent reduction in one and in the other they have left. This means that John now has to supplement the mortgage in one case and pay the full amount in the other, but there are not savings left and he can’t. If they had life assurance on these properties it would have meant they were debt free and providing a good income to John and the kids but because Jane and John didn’t get life cover they are now a big outgoing he can’t afford.

So why doesn’t he sell them? Good question, he tries to do this but because the market has fallen so much the two investment properties are in negative equity, so John can only sell them at a €70,000 loss and he doesn’t have that money so he is stuck and will eventually have his properties repossessed and due to his commitments with his family he can’t go out to work, or more correctly, if he does it will only be in order to pay a child minder.

So the rich man (in the real version it was a woman) died broke, the savings were eaten up and the survivors were left with massive debts they couldn’t service ensuring unnecessary hardship. The lesson in this is as follows: get relevant cover in place, if you have fully comprehensive cover on your car then do you apply the same to your body/person? If not then why not? Cost is a factor but get quotes, get a review and act according to your budget.