The lower rates go, the worse it gets (for some) 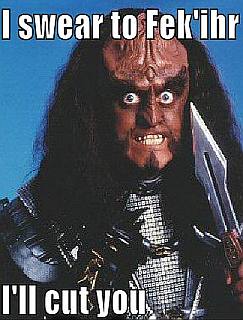 There are winners and losers in every rate cut, so literally somebody, somewhere loses out every time, this can be the bank, a borrower or a saver. To a degree Jean Claude Trichet uses the euphemism ‘rate cut’ in place of the more accurate ghetto expression ‘bitch I’ll cut you!’, but ultimately there are those who get hurt.

Who exactly? Well, people on fixed rates who may want to break them are made worse off, people who are saving generally are made worse off too. And banks themselves are also hit on their margins when rates drop.

How does a lower rate affect these three situations?

Breaking a fixed rate: If you are on a fixed rate and want to break it then there is a breakage fee, this is one of the times under the Consumer Credit Act 1995 where a bank can hit you with fees for early redemption or changing to another rate, the examples we are seeing are all c. €20,000 so it’s serious amounts of money.

Rate brake penalties are calculated on the difference between the rate that the loan was taken out (thus when rates were higher in the current examples) and the rate money is bought at today, so the lower it gets the bigger the gap between the two and thus it means that breakage fees get higher as rates drop. It is no coincidence to see more stories in the papers about ridiculous penalties being quoted to home-owners looking to break their fixed rate, the numbers are getting bigger as rates hit historic lows.

Savers: People who are not in debt are not rewarded when rates drop, typically the rates available on their savings drop as well. We have seen deposit rates (while at historic highs) drop in line with mortgages, and in some cases lenders are saying they won’t pass on rate cuts to mortgage holders in order to help out their depositors (post here shows that’s a bit of a farce in some cases).

Banks: Banks have a fine line to walk, in particular with deposit rates when they are focused on their capital positions. The lower rates go the more their margins are compressed, we have spoken about this before and the situation arises when rates drop because mortgage holders want the rate cut (and public pressure often ensures they get it), while depositors don’t want the rate cut so banks are in a position where they have to drop the price they are getting paid but they try to avoid dropping the prices they pay, because if they do depositors are a fickle bunch who will move their account to a different institution and thats described as ‘margin or rate compression’.

The market is really made up of two sides, those who owe money and those who don’t, who are the lenders. When you put money on deposit you become part of a more efficient money lending machine, the bank lend on your behalf as it is a better method than doing it personally, they are more expert and efficient at it and risk is reduced as its not a case of one persons money in particular going to any borrower.

So it is kind of strange, given that depositors really are the lender, that people with money on deposit are not calling out for the banks to hold their mortgage rates and not pass on any savings. Or perhaps they are and it just doesn’t make the papers. Banks need depositors more than they need borrowers, you can always lend money but if you don’t have a capital base you are nowhere, equally if you don’t lend you can’t pay depositors but even if this was the case, you could always put the money on deposit in another institution and play arbitrage (if you could keep that ruse going of course).

So if you have a mortgage, and money on deposit, the next time a rate cut comes along take some time out to think about both sides of the coin, the ‘good news’ is only partially good news depending on your position.