The good things about Negative Equity Mortgages (for the banks) 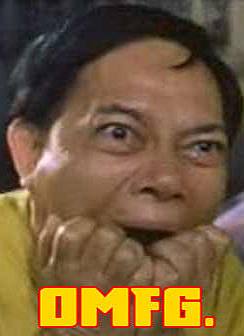 There was a post on Geckko’s World about Negative Equity Loans – and he rightly pointed out that there had been an instant and widespread denouncement of them, then going on to point out that if a person was to try to reduce their debt that it could in fact be a very good concept. My opinion is that the focus will not be as a facility to reduce a persons debt but rather to increase, however, Geckko makes some very interesting and valid points which show that the first reaction was perhaps not totally balanced, as well as giving some smart operational guidelines (it’s worth leaving here for a while to check out the post).

However, there are some distinct advantages for the lender in this process as well which I have not seen any commentary on (if you have please post links in the comment section!).

1: Reduced borrower risk: Surely a higher LTV makes it riskier right? Not necessarily, if you have an existing client who has a perfect track record and you then re-underwrite them with the new ultra-stringent criteria and guidelines then you have something that you don’t get with a new client – a track record on top of ability to service the loan. If new credit is created by taking bets on the people you do know and can count on it is perhaps a safer bet for a bank then extending credit to a different buyer, banks do this all the time on the commercial side, why do you think certain developers had endless lines of credit rather than a bank lending to new developers all the time? Track record counts for a lot in banking, even to the institutions detriment as we saw with certain large developers. If new credit is directed toward existing borrowers in this manner rather than new borrowers it will have very little effect on freeing up credit for first time buyers who are being turned away in their droves. 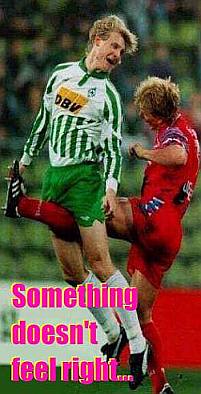 2: Improved Margins (killing trackers): All new lines of credit will be written (as the person moves property) into the new host of rates available, which doesn’t include trackers. The people in negative equity are also the group with a high concentration of tracker mortgages, as this type of mortgage only came into existence during the boom. Take an example where a person has a 30yr mortgage of €200k and they are in negative equity of €20k and they actually downsize (rather than upsize – which is what the Neg. Equity Mortgage is geared towards), they buy for €170k, now their total debt has decreased from €200,000 to €190,000

Run the amortization calculator on this, they leave their ECB + 0.8% tracker and move onto a standard variable of c. 3.5%. Total cost of credit on the tracker is €259,000 on the lower loan amount on a standard variable it comes out at €307,000 a full €48,000 higher. And that’s where the debt amount has reduced! If it increases that difference is amplified.

3. Better asset holdings: Many people who have used negative equity mortgages in the UK have moved from apartments to houses, the trend here could be similar, if it is then the actual make up of the loan book gets better when you have more houses in it than apartments. The simple reason is that a house owner owns the land beneath the home, they can extend, go into attics and in general houses hold value better than apartments do. If people move out of apartments and into houses then it is better for the bank in terms of the types of property that make up their loan book. I would not be surprised if there are future RMBS’s that specifically exclude apartments.

4. A big PR slap on the back for Banks: One thing any bank who extends this credit will do is look for a high level of positive PR on the back of it, they will stand up and proclaim that they are doing their utmost to help those in negative equity, when in fact, the people in negative equity who do need help are those who have negative equity and arrears at the same time. It may reduce the political back-lash against banking in general and that would be a mistake. We need to keep the pressure on banks from all sides or they will resist necessary change.

Ultimately much of this will not come to pass, because there is only a small likelihood that any bank will ever formally offer a ‘negative equity mortgage’, chances are that it will only ever be done on a case by case basis with nothing available over the counter. No bank wants the moniker of ‘get your negative equity mortgage here!’, so don’t hold your breath. Banks will over this to clients as they see fit, an actual product offering is highly unlikely.