The future of compensation in financial services (perhaps!) 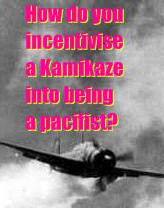 I wrote before about the errors of compensation in financial services, in a nutshell people were earning money for short term performance in a long term game. However, what I had failed to do was provide potential solutions, this post is about alternative solutions, it will focus primarily on brokerage (because that is what I know best) but it can equally apply to banks or any financial company.

The basic tenets are

1. Long term reward for long term performance
2. Ensuring that bonus’s, while delivered in the short term, have some kind of long term implication.
3. Creating schemes that reward consistency and best advice, rather than one based on transactions.

I would state in advance, that enacting any of these plans will mean further economic pain for a group of workers who are already at the epicentre of the worldwide financial storm, it would also require considerable will to roll out, as well as the co-operation of the banks, the Financial Regulator, and consumers, which is nigh impossible as never do all of these disparate groups meet in the middle.

1. Long Term Reward for long term performance: Mortgages were (and are) central to this crisis, equally the remuneration for them is totally wrong, rather than distribute and hold, they were distributed and sold meaning that the long term viability of the loan was secondary to volume of same, because if you put enough of them into one basket with various securitization models you’d get a ‘smoothing’ effect. In the respect of brokerage payments (over half of all mortgages are brokered as opposed to being issued directly) 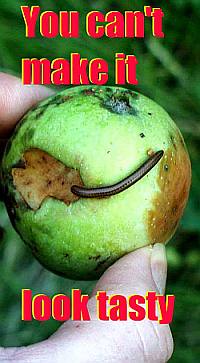 How it should be done: Banks should have credit scoring that is available to all distributors (including brokers), both bankers and brokers should be remunerated on mortgage procurement over the course of several years, it might astound people to know this, but a huge tranche of loans were placed by people who are no longer in the business, that doesn’t encourage longevity in the industry, it doesn’t encourage future-proofing your reputation either individually or of the company you work for. Rather than larger up front commissions, commissions should be paid for every year a loan stays live, and it should be 25% of current commissions (for instance) and paid out every year the loan is live.

This would mean that a banker or a broker have a good reason for ongoing contact with a client, that they don’t have an incentive to move loans about, and furthermore, that they can’t make a ‘quick buck’ and leave the industry. Furthermore, non-performing loans would not be paid upon, currently if you can bank a bad loan you still get paid for doing so! What kind of incentive is that?! Changing the way people are paid would deliver long term reward for long term performance.

2. Long term implications of bonuses: Bailout money must NEVER be used to deliver bonuses [just to make that point from the outset]. However, finance is an incentivised business, very few people would willingly go door to door selling insurance or many of the other sales jobs in finance were there not financial rewards for doing so. However, in both insurance, mortgages, and share management/hedgefunds/managed funds, the incentives are totally wrong. Sometimes the wages are front-loaded (discussed in point 1), with others there is no reference to performance, and then some use intense leverage to deliver results that seem great in the good times but that will break a fund in the bad times.

How it should be done: We have covered mortgages, insurance should be the same. Insurance (for instance life assurance) currently pays a heavy up front commission then a 3% renewal, it should be more like half of the upfront pay and then 25% renewals, this would discourage ‘churning’, it would also mean that advisers stay in touch with clients as they wouldn’t want to let another adviser get at their 25% renewal, currently many people won’t pick up the phone for 3%. 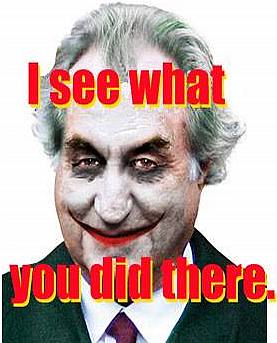 In the managed fund arena, in a bear market like the recent one (my feelings are that we have been in a secular bear market since 2001 but I’ll argue that point some other day – nobody disputes the recent fall out) a managed fund still charges for losing money! While some fund managers are happy to return -20% when the market delivers -30%, it doesn’t make sense to work on percentages! The answer is fixed fees, fund managers will rage against such an idea but think about this: is a fund fundamentally different if it manages €100m or €120m? I would say ‘no’, so why are percentages used? Does the cost base expand by 20% if you bring in 20% more on the investment side? Fixed fees would make sense, perhaps with ‘bands’ depending on the size of the investment, but in any case, managed funds charging flat percentages area ruse and one that must end eventually, a performance bonus should also be factored over several years rather than rewarding short-term results.

Hedgefunds have been closing since the crisis started, one of the primary reasons is the leverage that many engaged in so that they could get extraordinary returns, many hedgefunds didn’t even hedge, they were just leveraged ‘long only’ funds. Many of them avoid regulation by operating offshore which makes it difficult to police. The solution is to regulate the things you can and try to mitigate the risk of those you can’t. So if a hedgefund wants to sell its product in a certain jurisdiction then they have to pass certain regulator tests and have transparency, if they sell at an offshore point, the public should be made aware that they are dealing with an unregulated entity and have no recourse on any issue should they have any problems, leverage should also be published on an ongoing basis.

3. Create schemes that reward consistency and best advice rather than transactions: Many financial profits are made on transactions rather than consistency, in effect it makes people in financial sales almost on par with a second hand car salesman, if you can flog a clunker and get paid for it then who cares if it breaks down halfway down the street? ‘No warranty, sorry mate!’. Mortgages are rife with sharp practice (although the market is actually cleansing itself as shoddy firms are all closing down), and many other industries are as well, in fact, I can’t think of a single financial industry which doesn’t have an element of this built into it.

How it should be done: Drip feed incomes, it really is simple, people should earn more as they become more experienced in their role, they build up their expertise over time, their reputation and continue to get qualifications, this means that the longer you stay in the same industry the better off you are, and the more you have to lose, thus the less you might do wrong for minor gain (minor in the scheme of things). If on the other hand, we keep the current model, then a really good salesman can make a lot of money in two good years then leave a disaster behind him. Incremental pay would be far better, people or firms could perhaps use an element of factoring in order to survive the cash-crunch that would result, or a fair transition should take place but one way or another, you shouldn’t pay for long term results and advice on a transactional basis.