The first time buyer conundrum, to buy or not to buy? 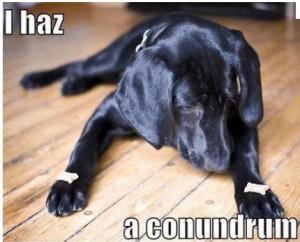 At the moment in Ireland there is a conundrum for first time buyers: should you buy now and potentially over-pay on purpose?

It’s an unusual one and it partly related to property prices, it is a combination of taxation changes that will occur from the start of 2012 and expectations of interest rate changes from both banks and the ECB.

The argument of ‘rent or buy‘ is well established, we produced report on it with Peter Stafford (now of the IAVI/SCS) and Frank Quinn of Senior College Dun Laoghaire, but this is different – buy now or buy later isn’t taking the default of renting as an assumed continuous option, rather it is a case of delaying for the sake of market timing.

The changes in tax are on the tax expenditure side, namely TRS (tax relief at source).

The second issue is about rates, today the papers carried a story stating that PTsb would hike their variable rates by a full 1% and our Mortgage Market Trend Outlook 2011 predicted a 1% increase in variable rates with rates to rest at or north of 5% by 2012.

Then you have the ECB who may well enter the scene as well, they tackle headline inflation as opposed to core inflation and the issue with that is when you have things like rising oil or other commodity prices (currently a large part of the reason Egyptians are overthrowing their government) it causes inflation which they then must address with their single mandate. The Federal Reserve looks at core inflation (then strips out even more to make everything appear rosy!) and has a general economic and now a price target remit.

So with all of these things factored in you might find the following scenario.

That’s 135 per month! And that will continue because when we called revenue to research this they confirmed that the person starting on TRS in 2011 will be on the old system (25% yr 1,2 etc) and the person from 2012 will be on the new one for the duration of TRS – which will end in 2017 entirely. The buyer from 2013 gets ZERO!

So it is vital to consider this if you are thinking of buying and not sure whether to buy now or hold off. Do the sums, it may be best to wait, it may be best to move now but you have to know so it is well worth a few minutes with your consultant here to work this out!