The end of Commissions? 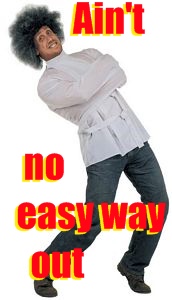 The FSA (Financial Services Authority) in the UK have said that they are not ruling out a future ban on commissions. In the UK financial advisers work on both fees and commissions, however, there is no mention of how they would hope to balance the competition between broker and direct channels.

Currently there are many consumers who cannot afford fees, in Ireland financial advisers work (in general) without fees, relying on commissions for their incomes.  In Ireland consumers have gotten used to a market where they don’t pay brokers, they enjoy independent advice at no difference in cost to that of going through a direct channel (i.e.: walking into a bank where they cannot give you independent advice).

However, if, in the morning the Financial Regulator followed the lead of the FSA and tried to end commissions it would cause a huge market distortion because peoples attitudes to fees would actually drive them out of an established intermediary channel that is built upon independent advice. Brokers would likely agree that if consumers were open to fees that it would be better than commissions because it would not affect them with clawback, or to concern about how much they will be paid depending on the provider.

Banks have done a great deal in creating an unbalanced mortgage marketplace by moving away from the standard commissions structure that existed for over a decade, so brokers are left with the choice of not dealing with banks who work on changed commissions or finding a way to balance commissions with fees or they can learn to operate on the reduced commissions, the firms that have taken the latter approach have generally done so by shedding staff at an alarming rate. 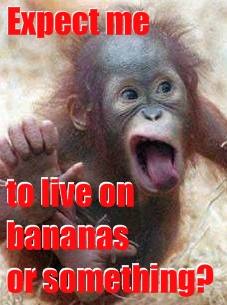 Overwhelmingly consumers say they want independent advice, but because of the way the market has developed in Ireland they tend to want it at no cost, this is what has kept the commission system in place. However, it is implausible for a company to have trained professionals who are giving best advice while remaining fully insured, trained, and compliant for nothing, so in that respect the Irish consumer needs to become accepting of fees or to drop any issues they may have with commissions.

Unfortunately running a professional financial services firm is not cheap, like any firm you can try to cut costs to the bone and garner efficiencies and mix that with a good work ethic but the overheads are unforgiving and the recent VAT increase (brokers are a zero VAT business) means that all supplies purchased just got more expensive. The increasing cost of compliance – set to rise as governments and citizens alike call for greater regulation – will be another setback. Compliance end up creating

So the question is – do we continue with a market where brokers are slowly ground down by reducing commissions or do we move to fees which may deny people in need of financial help from receiving it due to the cost factors involved? The Irish regulator is unlikely to want to get involved in a market that is working but some of the practices we are seeing such as dual pricing in the mortgage market will lead to competitive distortion and they should be voicing their dissatisfaction with this type of practice publicly. 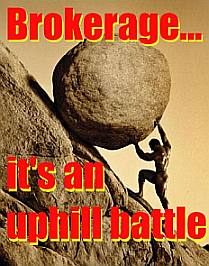 The other change in the market will be the future of banks and assurance companies, Irish Life and New Ireland (the countries two largest assurance players) may be bought out soon if the state doesn’t move to capitalise their bank partners/owners (PTsb & Bank of Ireland respectively) then the new owners may decide to change the way the market operates either by changing commissions, distribution, terms & conditions or even the continuance of certain products because they might not be profit rich enough to whet the appetite of private equity.

This is yet another wave of potential change which is pushing more uncertainty into the market, the intermediary channel in particular seems to be falling victim to changes being made by banks, Halifax (who are owned by the same operators as Bank of Scotland) have rates that brokers can’t get near, while any business that does get placed via brokerage is being paid reduced commissions. It is an untenable position for brokerage and it will take plenty of hard work as well as creative thinking to find our new place in such a changed market.