My best laid plans have often blown up in my face, so chances are the idea I had which I mentioned to Pat Kenny last week has lots of snags built in; but today it was discussed on the Pat Kenny show (I wasn’t there for it) and given some additional context.

The thrust of the idea is that having something that is more process or practice based rather than principles based would work better in terms of fast and efficient negotiation.

You can listen to the concept in the link above which has the audio clip, but I’ll lay it out here too. When banks lend money they underwrite a person based on their affordability. My idea is that you re-establish a persons disposable income in their new financial circumstances and use the banks own calculations (albeit this time against them) to ‘re-underwrite’ the loan and in that respect reverse their own criteria against them.

This way if banks are conservative on lending they get conservative payments back on problem mortgages, if they are more generous the debtors may have to come up with a little more, but it still works on affordability because without huge changes everybody can afford the loan they get when it first starts out using Debt Service Ratio models. This method lets the banks fall on their own sword should they choose to do so.

What I would add, is that I’m still working in mortgages not marriages! (HT Helen McCormack) 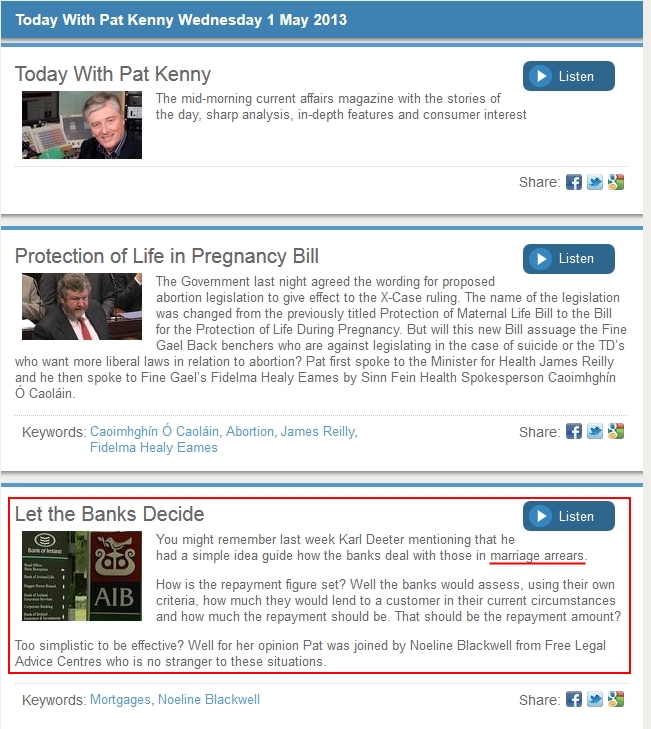