The 'Crunch' is nearly over, but what lies in its wake? 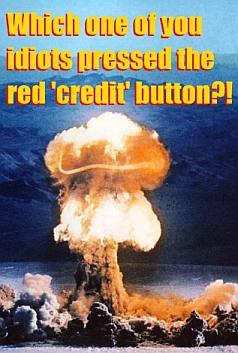 The Euribor 3 month money is at 2.822% which means the margin on interbank money is now at 0.322% (the current base rate is 2.5%) over the base. The Credit Crunch by definition is a sudden reduction in the general availability of loans (or credit) or a sudden tightening of the conditions required to obtain a loan from the banks. One of the biggest hallmarks of the whole financial crisis was the disjointed relationship of the Euribor from the ECB.

Traditionally the Euribor (we are talking about the 3 month money generally) trailed the ECB at c. 0.1 to 0.2%, so if the ECB base rate was 4% then the Euribor was (approximately) 4.13% or something like that. In July of 2007 this all changed and margins on interbank lending shot through the roof, to such an extent that literally thousands of loans in Ireland alone turned into negative margin mortgages.

This caused a heavy financial contraction as banks struggled to both de-leverage, meet cash flow obligations, and trade while maintaining liquidity when their lending book that was performing was acting against them and the loans that weren’t were causing impairment charges! It has been a genuine damned if you do and damned if you don’t year for banks (2008). This process is far from over and it is the second wave, the Alt-A and the second group of ARM loans coming on stream in 09′ that will tell us just how far down the rabbit hole we are. 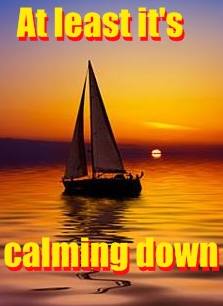 There was a huge deal of rate compression as well, banks were vying for deposit customers and offering high rates of interest, equally they were losing money on mortgages and recently being pressurised by the state to pass on rate cuts to clients who were not contractually entitled to receive them. This was likely done to curry favour with the government in the belief that their help would be required in the near future (and thus the bailout has already begun).

Now however, it seems we are seeing the end of the total uncertainty in the interbank market and we are entering the land of volatility, that will stay with us (and with the markets) for some time. However, one of the key symptoms of the Credit Crunch seems to be resolving and that can only mean that on some level the system is on the mend, it does not mean ‘cured’ but at least the signs for now are not getting worse. If the interbank market continues to stabilize it will go some way towards banks resolving their balance sheets and that will mean less of a cost to taxpayers in recapitalisation costs.