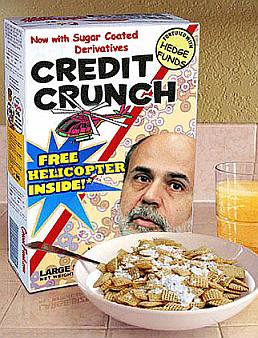 We have just been informed that one the lenders we deal with are only getting through applications received by the 4th of March, that is a near 20 day delay on new applications they are considering. Why the backlog? Has the market suddenly recovered? Are they being flooded?

No, rather it is a case that in banks nearly everybody has been enlisted to work in ‘collections’ and the staff were taken from every other department, in particular the ‘new business’ section. The bank we are talking about today merged their direct channel with brokerage so even going via a branch makes no difference, the whole company has only four working underwriters.

So inasmuch as the credit explosion saw too many resources being thrown at lending and the expansion of same, the crunch is doing the exact opposite by overshooting the mark in the reduction of resources. For a publicly quoted bank to be 20 days behind means that the market is facing yet another hurdle in reaching its rational level. Lending hasn’t frozen, people are still borrowing, the rules have changed but the game has not.

Banks will lend on good collateral, at good margins and with strict criteria. This is not punitive, it is intelligent, if loose credit got us here it won’t get us out any more than you could burn healing onto a fire victim. Having said that, a twenty day delay for a preliminary response is a worse turn around time than we had in the 1970’s. So somehow lenders have found a way to reverse the efficiency of their operations by up to 35 years. If it wasn’t so tragic it would be interesting. 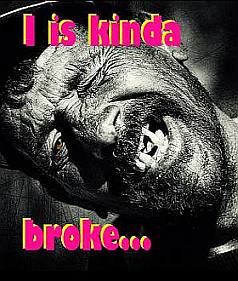 Criteria is also a moving target, what goes one day doesn’t the next and this is causing difficulty for any people who wish to transact, if some semblence of consistency can be brought into the market it would be an aid to the adjustment and allow bottoms to occur where they should rather than where they will, we say this because it is our belief that property will overshoot the bottom in a downward trend in the same way that it overshot the true values during the bubble years.

Banks don’t have a corporate responsibility in any of the areas discussed in this post, but if they have any common sense they would ensure that criteria is consistent and understood, as well as ensuring processing is done in a timely manner, if you are getting a ‘yes’ or a ‘no’ it shouldn’t take three weeks to find out.