The ‘Cost’ of Regulation 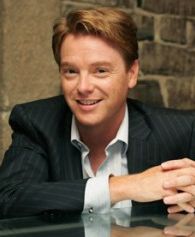 David McWilliams hit an interesting point in today’s piece in the Independent about having ‘too much regulation’, and how it may repel new banks from coming here.

in late 2009 I was picked as part of a team that approached PostBank with a view to turning it into an SME business bank – our proposal never even made it as far as board meetings because they were determined to close down rather than continue, we found the whole process perverse at best.

Instead the same investor group will be setting up in the UK, meaning SME’s in Ireland lose out on funding.

It isn’t that new banks don’t want to come here, it is that they are routinely put off from doing so via the Central Bank and the way in which we grant banking licences in this country.

The other regulatory issue is Basel III.

Asking a bank during a time like this to hold more capital makes sense from a risk perspective, but from every other angle it is a noose.

Banks are being asked to deleverage (have fewer loans versus deposits), market forces are making them pay more for deposits than is healthy, they have huge tracker mortgage books that even when they perform create a loss and at the same time we want them to lend.

Simply put, these are not compatible objectives.

Banks HAVE to become zombies in order to continue because it is only with huge liquidity & capital injections at low prices that they could hope to work normally again – and we have already spent all of the money we have on saving them; so their alternative is to grind along trying to make whatever money they can and in a very very long time they will eventually be breaking even (think Japan)

That is the true tragedy of the crisis, if we had let Anglo close (I argued for this here) and only tried to save a few good banks (even though AIB is a banger it is still the owner of half of the payments system that the likes of EBS sit on top of) then we could have had a chance – it would have also required going right down the order of liabilities as follows:

Then we could have given 25bn in low cost money to the banks to make them healthy. Naturally hindsight is 20:20, we are never so prepared for anythin we are for yesterday!

But the new point is clear – regulation in itself is actually a risk, and a systemic one. Regulatory Risk will be a common word in banking vernacular of the future.

The entire justification of regulation and the bearing of its cost on the financial system (which ultimately gets built into consumer prices) is the avoidance of the systemic risk it is meant to mitigate. It didn’t and it won’t in the future so why is more of it now the solution?

Mainly because it sounds good…