The bailout has arrived, Irish banks in line for Government funds. 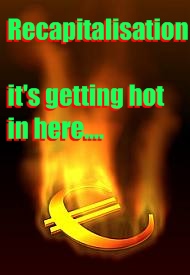 The banking bailout has come along, as many of us always thought it would, in the form of a (potential) €10 billion Euro package. An announcement was made yesterday and shares in financial institutions surged on the back of the news. The actual details of the deal are scant at present.

The Minister of Finance remarked on RTE radio that the main thing he hoped to see as a result of this was for lending to return to the market, we can only assume this refers to enterprise lending and not to mortgages as the mortgage market has not frozen to the same degree the business loan/credit area has.

The National Pension Fund Reserve is the area the funds will come from, an obvious issue here is that the fund made losses of c. 33% in the last year and cashing out now will mean those losses are crystallised without hope of return should the markets come back any time soon. The great pension question in general is one that will become a greater and greater hot button topic as the reality of a lack of funding becomes clearer in the coming years.

‘Tough discussions’ are to be had with banks, although there is no mention of these ‘tough discussions’ leading to any decision such as a change in management, the implication that there will be mergers is also not clear and I can say, having spoken to several Executive Board members in several institutions that the banks don’t want to merge, it would be a logistical nightmare for them. 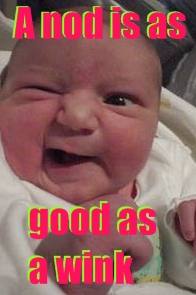 Dan Boyle of the Green Party said “I think the issue of governance and who is going to be running the banks is one of the main issues to be addressed. My personal opinion would be that there are people there who have brought us to this situation, and they can’t be people who are responsible for the solution.”

This is a popular viewpoint but something the public must remember is that there is not a person waiting in the wings for a downturn so that they can take over due to being an expert in crisis management, and perhaps the current executives have learned some of the skills required to get the institutions though the storm, calm seas never made good sailors.

Private Equity groups have stated that they are ‘not interested in Anglo’ which would mean they are all swarming around BOI for a good reason, and one problem may be that if they (Private Equity) are brought to the table, they will negotiate a deal that does not favour the current shareholders who have already lost so much. It seems the Bailout Ship has landed, the question is who will get on board and where the next port of call is after that.