Survival of the weakest, only in Ireland. 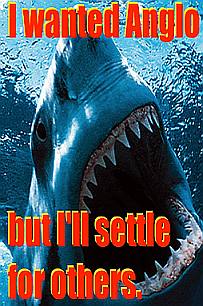 This is not a simple situation, banks that survived the Great Depression have crashed and burned, given this, is it vital to save every bank? Is a bank going to make it even with a slush fund? Thus far I remain unconvinced.

Anglo Irish Bank was set to get a bailout to the tune of 1.5 billion Euro. This couldn’t be arranged in time to save the bank and they have been nationalised, the speed of their fall from grace tells us at least some basic facts:

Anglo were not the strongest bank in the bunch, I won’t get into balance sheets, loans, impairments or anything else, the mere fact that they fell first means they were the weakest bank. The state stepped in and saved them – but what will this mean for other banks and what are they hoping to achieve? They have put a guarantee in place that they cannot back down from because that would have a catastrophic result. They have tried to organise a bailout and instead had to change tack and nationalise them. 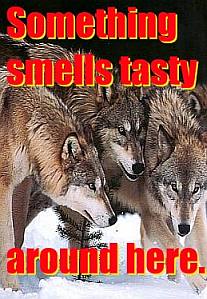 This has virtually ensured further bailouts, if you save the weakest member of the herd then you absolutely must save the strongest members who are likely to encounter similar issues as general confidence in our banks and national debt decline.

Constantly we are told that there can be ‘no bank left behind’, and while that works well in theory the reality is that reckless trading goes unpunished and remaining executives in other institutions will spend more time engineering their golden parachute than saving the ships they currently steer.

What should have been done is to allow Anglo to go under and instead prop up the stronger banks, the shareholders would be severely hurt but, I am heavily invested in Anglo shares and am acutely aware of the impact, laughable is the shareholder pay off being put forward, you simply cannot go down the route of also bailing out shareholders as well!

Other banks have already had that risk (of nationalisation) priced into their shares so why bother? Let happen what must, even though many of the shareholders are pensioners and the like, for the pension funds that held the shares the insurance firms should reconsider their choice of management. The ugly but true fact is that there will, and indeed must be suffering in order to get to the other side, otherwise we will enter into a fiscal realm of trying to throw every person a lifeline while the ship itself is burning. 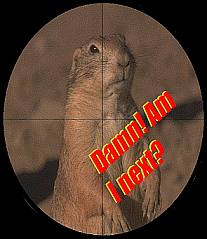 The blame game doesn’t solve the issue, I was explaining to a friend that crystallising the failure into hidden directors loans is like fighting a forest fire, then blaming your subsequent lung damage on passive smoking from the guy beside you who was smoking a cigarettes.

Ask yourself this: What actually happens when a bank goes bust? What is the total process? One thing to remember is that the profitable sectors of the company will be chopped off and sold, if other Irish banks were capitalised (saving the strong rather than the weak) then they would receive the benefit of the profitable portions.

The state would have to ensure – as per the guarantee- that depositors are protected, the people who borrowed would remain as liabilities [and there are funds out there buying distressed debt for the toxic elements of the book – which we the people now own], deposits would move to the stronger bank/s giving them better capital positions, this puts a price on the loss and then you deal with the bill, instead we may see a long and grinding descent into a state owned zombie-equivalent bank.

Rather should focus on saving the strong, allowing the weak to close, that is the natural law of business, nobody said you have to like it.