Some past market performance figures 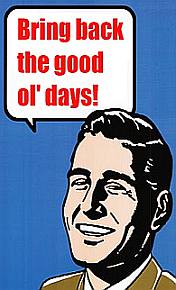 Naturally past economic cycles don’t tell us exactly what will happen in the future, but as Mark Twain once said ‘history doesn’t repeat itself but it does rhyme’. And for that reason it is worth looking at some key figures from the past, showing that often the gains in bull markets are all found at the cusp of a bear market.

The stock market generally reacts before consumers and the real economy do and equally it will generally see recovery before them as well. Taking a view of the 20th century markets we can see the following:

Any reader will note that much of these ‘gains’ did not recoup people who felt the full brunt of the Great Depression market crashes, however, it does show that even in the worst markets there are gains to be found. If we step forward a little and look at other recessions we see that the ten month recession of 1960-61 resulted in 20.3% gains and in 1980-81 the markets rose 14.6%.

The market doesn’t always rise during a recession (look no further than the 70’s), and we are in a new type of crisis that has its own unique issues and solutions. For now we are seeing several things happen, first is the ‘flight to quality’ that exists in US Treasuries, we feel that there will be a treasury bubble coming, negative bond yields will not last and we saw that in the secondary TBill market in December. 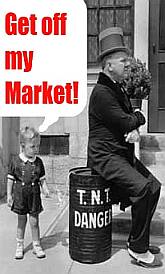 Lending for AAA grade corporations is cheaper via the commercial paper market than it is to borrow from banks so they can raise finance without banks so companies with low debt and an ongoing proposition will fare the best – capital appreciation in stocks during a credit contraction will be minimal – and therefore a return to dividend stocks will be the norm.

In the past companies used money was used to fund acquisitions rather than yields, this is set to change and for the first time in fifty years the S&P yields more than 10 year T-notes. In October the S&P yield rose above the 10yr T-Note. To us that would indicate a weakened treasury market – funding for stimulus plans isn’t likely to increase faith in the tbill/note – and in any case many feel that treasuries are showing the hallmarks of a bubble.

This (the greater S&P yield)  will also drive money back into stocks as money tends to seek the highest level available – when secure – which is one of the only reasons treasuries are still being held above normal historic levels. If the confidence returns to the stock market the money will flood out causing a collapse in treasury notes.