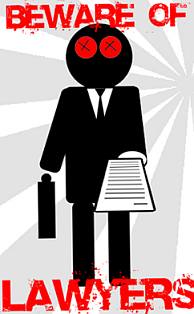 At present any practising solicitor is required to have professional indemnity insurance up to a value of €2.5 million (per claim) this is a cover that allows the solicitor to pay out if they have a claimable fault in their business – such as a mistake in reading title or other such issues. This insurance is not optional, they have to have it in order to practice and the minimums are set out by the Law Society of Ireland.

Recently professional indemnity insurance has gone through a serious repricing, it has to do with the COR (combined operating revenues) of firms offering insurance. COR is part of the way that insurance companies make money, say the actual cost of providing a person with insurance (the type doesn’t matter) is €100, the insurer takes that money and generally invests it, if they make 8% on the markets with that €100 then they make €8 and in turn they can offer you insurance for less (eg: €95) the next year and still make good money as long as they keep their claims book in order (which is more to do with underwriting).

However, when markets tank (as they have in 08/09) the investment side of the business loses out, typically claims increase in a down market (that might be in [for instance] household claims as crime rises with unemployment) but the premium loading affects the entire book and thus we enter a ‘hard market’ to use the general insurer terminology for ‘jacking up prices because we are not making money’.

This has happened to solicitors on the PI front, it is also partly due to the sheer size of the risk (you might think Michael Lynn and his €80m+ issues but that actually isn’t where the claims are coming from because dishonesty may not be covered) which have been seen in the commercial markets primarily, for instance errors in commercial conveyancing where a remedy may cost into the tens of millions.

A knock on effect is that of a reprice whereby solicitors who paid €10,000 last year will now be expected to pay as much as €30,000 this year! Strip out any like or dislike and put this case in a different light: imagine you had car insurance, no crashes or claims and suddenly you are told it’s 2008/09 prices times three! Of course, that is if you are lucky enough to be granted the right to insure, most of the insurance companies have clauses that allow them to stop offering insurance over and above any re-pricing.

This couldn’t come at a worse time for solicitors who have already seen a total slump in fee income (other than that of litigation!) along with an increased difficulty in realising the income where and when it does arise because of widespread economic difficulties across the range of clients they represent.

Conveyancing has collapsed and while divorce rates are up the vouched expenses (expenses a solicitor goes to on your behalf) are high and cause cash-flow issues and often the payment in a marital break up came about in a lump sum when a family home was sold, which feeds negatively into their practice given the issues in the property market.

There is now a very strong likelihood of many practices having to close down which will leave only the larger firms with a presence in the market, that will reduce competition, inflate prices (cost push in terms of the price of delivering service when insurance doubles/trebles, and supply side as there will be fewer competing for business) and apart from putting many people out of work it will mean paying more at a time when all we are hearing about is ‘deflation’.

If you are like me you have no particular love for solicitors or their trade (the same can be said of brokers I suppose!), but you must recognise the vital service that small practitioners offer in particular in rural communities, namely that of providing legal advise in a personal capacity with delivery of the service in a manner that larger firms often will not consider (outside of 9-5 hours, unbilled phone calls etc.)

The nail in the coffin is that of the requirement to hold insurance after closing down for a period which is greater than the Statute of Limitations (6 years after ceasing trading).

It would appear that Solicitors have fallen foul of this economic downturn and particularly the errors of our financial regulation and ineffective Government. However, the real losers will be Joe Public, in that Law like other commodities will increasingly only be available to the rich.

While it may be too late to save some small firms, there are others out there who will weather the storm, the only question is ‘who’, one thing is for sure, it can no longer be a given that you will have a fully bonded solicitor in your own town, and if you do require their services you will (perhaps not in the short term but in the long run) have to pay more for it as the cost of operating a law practice shoots through the roof.