Short selling, what is it? Why would a person do it?

When you’re bullish (think prices will rise) on the market or a stock, you go long (buy and hold, one day sell). When you’re bearish (think prices will fall), you go short, (sell and hold, one day buy). People often think you can only ‘buy and sell’ shares, well, you can also ‘sell then buy’ and that basically describes what happens when you ‘short’ a stock, often people think ‘short selling’ means you don’t hold the stock for long, as in ‘I bought Lloyds at 65p and sold the next day for 70p’, in that case you just didn’t ‘go long’, trading rapidly is not what short selling is, or is about (I only say this because it’s a thing I have been asked a few times).

Today we will take a look at how ‘short selling’ works.

1. In order to ‘short’ a stock you sell it first then buy it later. You do this in the belief that prices will go down, you’re hoping to buy the shares back at a lower price once this happens. Short sellers are often unpopular because they’re hoping the market and/or stock goes down, sometimes (as in much of 2008) they even get the blame for their approach (drops in bank shares were widely ‘blamed’ on short sellers).

2. The actual mechanism of shorting a stock is that you ‘borrow’ the shares from a person who is going long and sell them (short sellers don’t actually ‘own’ the shares), hoping that in the future the share price will drop, then at the later date you buy them back and replace the shares you borrowed keeping the difference.

3. If you are right and the price drops then you make a profit because the shares are cheaper than when you borrowed them.

When you are wrong and the share price rises you might find yourself in what is called a ‘short squeeze’ and this is what happened last year with VW (for instance), you really don’t want to learn about this from experience.

Imagine you short a stock but instead of going down the price goes up, now you have to actually buy those shares to replace them, because when you borrowed them you sold first. In this scenario you need to stump up the difference to replace them! You are on the wrong side of a short squeeze. 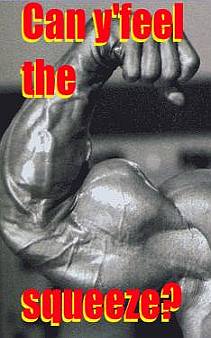 A short seller in a squeeze is in a losing position, and the losses (unlike the profits) are unlimited as an asset rises -because a share price can only fall to zero, but it can rise infinitely. If there are many people shorting a certain stock then it can really multiply the effect of a rising share price as people scramble to buy shares and close out their short position.

Everybody on the wrong side of the short will pile in buying the stock in order to close off their trade, this is normally called ‘covering’ or ‘short covering’, the sudden demand which is normally coupled with decreased sellers as prices rise can drive the share price even higher (again, VW last year was a great example of this).

One tool people use to avoid this scenario is that of ‘Options’, which are basically an ‘option’ to carry out a short sale or a long sale but instead of doing it by buying/selling the actual shares instead you pay a ‘rent’ on them in order to have the ability to exercise that right at some point in the future. The risk remains similar but the money down is less.

Options where you place the bet on the back of rising prices are called ‘calls’ and on falling prices they are ‘puts’, an options means you have the ‘right’ but not the ‘obligation’ to sell or buy the shares, so your loss is limited only to the amount you pay to buy the option contract.

You can make some big money on short selling if you are right, but you can also (to use a lessor known industry term) ‘lose your ass’.

That is why playing downside risk is popular by using options, you can gave skin in the game with limited risk, you can use options whether you think the market will go up or down, you can limit your losses too, as a share owner you can even rent out your shares to people covering options positions.

An easy way to make a small fortune when short selling or trading options is to start off with a big fortune, because like many things in finance, it just isn’t a guaranteed route to profits, it can actually be a guaranteed road to ruin just as easily, however, when done right, with adequate controls in place then short selling has a a place in the market, far from being the devil a short-trader is an important balance in the market, they are just putting their faith in a different direction.