Save the best until last. 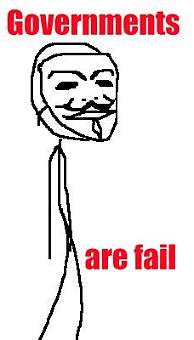 Bank recapitalisation is looking more likely for several Irish players, however, an important precedent must be observed – we saved the weakest first and therefore we will almost invariably need to save the best.

The ongoing Anglo debacle is evidence that we opted to get behind a bank that had falsely represented its balance sheet, over exposed itself to high risk clients and run short of money. So we saved the weakest, and that sets the foundation for saving the strongest. The idea that we should only save strong banks never gained traction and that is unfortunate. The State is being left to foot the bill now, is this fair?

Capitalism is being blamed for the current crisis, banks are also being blamed, but what about Governments? What was their role?

Monetary excess is often the cause of the boom and thus the bust, both the Fed and the ECB kept rates artificially low for far too long, Ireland entered the Euro and availed of low rates and high liquidity that was in the market due to foreign money being made available to us and also due to a glut in savings – people didn’t need to save because their house was doing the hard work for them!

Then began the manipulation of inflation figures, everybody realised that things were getting more expensive rapidly and yet our inflation was always less than 5%? How does that explain the doubling of house prices in a few short years? How does it explain massive wage inflation? How did everything suddenly become so much more expensive while we were in a ‘low inflation environment’? Perplexing? No, the reality is that the figures are constantly fudged. 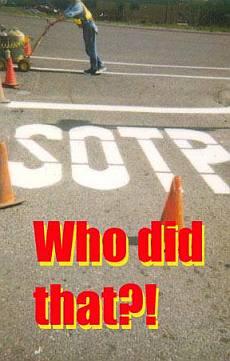 The absence of property tax mean that you could ‘land bank’ perpetually, the efficient use of land was never at the heart of our property taxation system, this was a state sponsored error. The level of our  capital gains tax was (and is) also far lower than many other countries and this means that speculation is highly rewarded in an upward moving market. Our Regulator never hit banks hard over breaches of regulation (and there was what can only be described as a ‘dual system’ for dealing with intermediaries), the Central Bank didn’t enforce higher capital requirements or take any moves to restrict lending.

So far from being a ‘bank only’ crisis, this was largely facilitated by government policy, and that is why I cringe every time I hear people say ‘the banks did this’. In fact, this was facilitated by the banks, but not caused by them alone. Central banks are not in the same arena or league as Retail Banks (AIB, BOI etc.), they are closer to Government entities than they are to traditional ‘banks’ and thus their decisions are put into the same pot as the State sponsored ones.

This crisis was the result of monetary tinkering by governments around the world in an attempt to prevent a correction from ever occurring, and far from capitalism or the free market failing, this crisis is proof that the market DOES take corrective action no matter how hard we try to stop it, we cannot prevent the tide from coming in or the market from punishing excesses.

Front loaded transactional taxes on property (stamp) were bringing in bumper returns to Government coffers, and this was never addressed, so retail banks continued to coook up a gargantuan meal of credit, because state policy not only allowed it, but facilitated it, so if the state pick up the tab one must wonder – they ordered the meal, why shouldn’t they?