Regulatory failure: the ban on repossessions 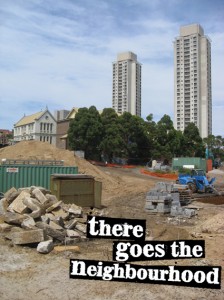 In providing a blanket ban on repossessions our regulator has deployed the bluntest tool in the box with all of the grace of a Rhino on ice skates.

We brought in a new Governor and Regulator with a view to creating real change, but it seems that populism reigns supreme given that Mr. Elderfields first major move since taking office was to give a one year blanket ban on repossessions – that is a textbook mistake.

Everybody accepts that the incentives in life are carrot on one hand and whip in the other, when it comes to arrears the carrot is that of getting your payments back in order, keeping your home, and feeling secure, the whip is that the bank will take your house. When there are no repossessions allowed there is neither whip nor carrot, you will keep your home, securely protected by unthoughtful legislation, and payments…. if you don’t make any you can still walk away after 12 free months.

When deposit rates drop and mortgage rates rise, you can thank the person who doesn’t pay their mortgage in part for this. Cruel? Yes, but banks wouldn’t be taking drastic measures if people were repaying their loans, and the frustrating part is that you can’t really hammer a bank with a ‘NAMA’ argument because those assets are removed from them and are not the root cause for rate hikes/deposit drops.

Essentially you may as well pay your neighbours mortgage, and the problems don’t stop there.

If people don’t make payments in a year, what incentive is there for the people who are struggling to repay to stay up to date? When you have several creditors hounding you the one shouting the loudest gets the response, really, people should be telling their credit card and unsecured debt holders to get stuffed, now they can do the same to their mortgage provider and not risk being kicked out.

That sends the wrong message out to everybody. It also shows that the regulator is willing to use carpet bombing in a situation where precision bombing would be more suitable. It isn’t a solution, in fact, you are likely hurting many borrowers even more by letting this happen (more on that later).

If banks have collateral that they want to repo’ out (for funding) then there are certain arrears/non-performance levels, above which counter-parties don’t want to take the collateral – that is what brought down Bear Stearns. If our banks are forced into allowing arrears to fester it will increase their risk, their credibility suffers as does their credit-ability: namely, they will be reliant even more on a state guarantee which is ultimately a cost to the taxpayer. 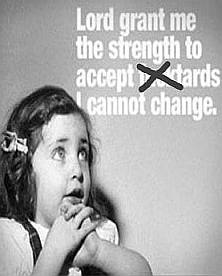 The sub-prime lenders were actually very honest in some respects, if you don’t pay your mortage they take your house, now we are forcing them to be part of the process, and yet they are not guaranteed by the state, nor are they getting a bailout and their clients will find it hard to bounce back from their arrears.

That will make it worse, you see, there are (right now) over 6,500 mortgages in terminal default, more than a year behind, the survival rate for mortgages at that point is negligible – without outright debt forgiveness. With another year of compounding (bearing in mind that now ALL lenders are subject to the new rule) that number will swell impressively to the degree where we have to bail out borrowers, the only question is who, and how much.

If you go into arrears and then move out in two years, you don’t owe your current balance, you owe the balance, plus the arrears, plus penalty interest – and that means a person is deeper in the hole come the end of it all, in fact, it would be more merciful to kick a person out and they could then avail of cheaper rent and get on with their lives without the life-burden that defaulting debt brings with it, in essence, our state wants to keep everybody on the hook come hell or high water and the sole beneficiary is the banking system, not the individual. One year down the line many borrowers will owe even more, they will be deeper in debt, and probably deeper in negative equity as prices reach bottom, they will be stuck, and far from having helped them, we will have made them worse off, where is the sense in that?

It is vital to see through the lie, and the programming, you see, most would have you believe that everybody wants to ‘stay put’, but that is a default answer when there are no options, if people were told ‘you can get out of this and walk away with a different solution’ you might find their attitudes changing, because now it isn’t choice of ‘stay put and deeper in debt’ or ‘get kicked out onto the road’, rather it addresses other elements of the problem.

I am reminded of the song 16 Tonnes, in which a guy tells St. Peter not to call him because he owes so much money to the company store. I’ll put that in perspective, the ‘company store’ used to be a general store run by mining companies, they were often the only place to buy any supplies in the remote areas where mines would be found, they extended credit, expensive credit, and you could pay it back with work, well, for many people, they didn’t have enough to afford the prices so they borrowed and borrowed until they literally owed their soul to the company store. We are doing the same thing, but we’ll tell St. Peter not to call because we owe it to the banks.

Haven’t any of you wondered why the banks are not protesting at such a measure? They cry quite publicly when they are forced to take write-downs, they have every excuse when they jack up rates, and yet not collecting on mortgages that are owed, even after a year of arrears and we hear nothing? The truth is between the lines on this one, I’m not saying its a conspiracy, but it definitely stinks.

There are literally hundreds of solutions to our crisis, the most meaningless medicine would be the one we are seeing utilised, it doesn’t actually solve anything, it just puts the problem off for another year (winning votes in the process) and furthers my personal belief that we don’t actually have a plan, rather we have a hope, and all of that hope is predicated on a recovery happening sooner rather than later.

I pray for the knowledge economy, because the one we are currently being put through certainly lacks it.