Our letter to Kevin Cardiff (Dept. of Finance) regarding Section 23 properties 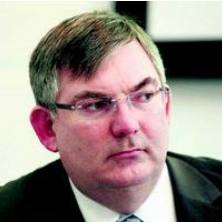 We felt compelled to seek an explanation of the change in rules surrounding Section 23 properties in the recent budget.

This is effectively retrospective taxation and the changes were never set out or implied in the original contracts for the properties.

Changing tax law after the fact is generally considered bad policy, and in some cases it may even be unconstitutional.

A copy of our letter to Kevin Cardiff (pictured inset) is below.

Regarding changes made to Section 23 allowances in the 2011 Budget.

Section 23 was set out to encourage urban renewal, which was duly provided and paid for by willing investors in return for certain contractual tax incentives which would have an effect of reducing an investors Case V tax bill in return.

The removal of this before the 10yr deadline and ring-fencing of same is effectively breaking a contract with the people who supported the Urban Renewal schemes. While we accept that they may have been continued for too long, we equally believe that reneging on this is flawed policy, sadly, flawed policy has tended to extend far beyond the scope of this latest tax grab, but that is an aside.

It was never set out in the conditions of a Section 23 contract that it was open to the types of changes that were introduced in Budget 2011, we therefore are asking for a return letter outlining the basis upon which this was enacted, not from Department of Finance perspective of being able to enact whatever policy they see fit, but from the perspective of the actual contract which was agreed upon in a Section 23 property.

Any reference to your own policy making abilities is obviously welcome, but not the core request of this letter.

We have a professional obligation to the many clients we have who took out mortgages on these properties to obtain these answers; your swift response will be appreciated.