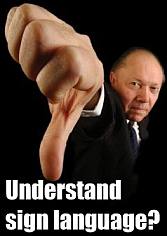 NIB had long championed their ‘LTV Tracker’ as the best value product on the market. Indeed it was, but today we have seen the removal of it and must question why they even continued selling at a loss so far into the worldwide financial crisis as NIB themselves would accept, it was a negative margin offering for quite some time now.

NIB’s LTV tracker was born two years ago and ceased to exist as of close of business yesterday. NIB have shown a trend in their marketing, they were amongst the last to offer tracker mortgages and now they are amongst the last to cease offering them. The news comes hot on the heels of news that NIB is responsible for a third of the losses of parent company Danske Bank, those losses amount to c. €80 million.

We had mentioned in the past on this blog that their loans were unmatched, however, they were selling at negative margins in order to increase market share and this has been shown to be a ruse in the long term, now they will have to carry the micro-margin loans to fruition and amortize the loss because anybody with an LTV mortgage won’t be switching any time soon! 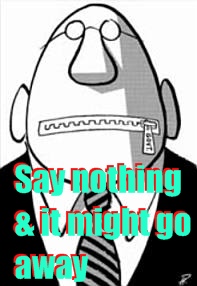 Of greater concern for Danske shareholders and perhaps people with a close interest in NIB is that on a total loan book of €10 billion they made €28 million last year and for the first half of 2008 it was €2 million. Examine that a little closer

In 2007 they made 0.28% profit on their loans, that is less than half a percent! for the first half of 2008 it was €2 million, if we double that to €4 million (for the whole year) then the profit is 0.02%! That means that they would be making a loss even if they were able to buy money at 0% interest. It comes as no surprise that they have had to write down loans of €320 million which equates to a 320 basis point hit when their average margin is less than a third of that.

The one redeeming feature of NIB is this: they have come clean and will move on, they are taking (at last) responsible moves such as ceasing to offer a loss based loan and giving true vision as to the depth and severity of their loan losses. The other banks here have not accepted that they will face loan losses of any more than 60-90 basis points, and frankly, I am not convinced. The other banks in Ireland have lent to roughly the same market spectrum as a percentage of business and for them to say they will experience between one sixth or a quarter – given the same general clientèle breakdown – means that somehow NIB were stuck with a rash of bad customers and other banks deal only with the angels of society. Doubtful to say the least. 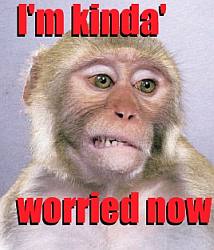 And this is not based on ‘gut feeling’, NIB should likely have a good loan book because their criteria was fairly conservative, they didn’t allow debt consolidation (so debt hungry home owners are all mortgaged elsewhere) and they used multipliers (which means people could not borrow as much). Lastly, their products were attractive to low LTV (60% and less) owners and that means that their book inherently has less risk, the area we can’t see through from outside is their commercial book and I don’t know what portion of their loss comes from there, however, assuming that their criteria is equally prudent on the commercial side then it tells me two things.

One: NIB made a mistake with their LTV mortgages, and all the smug grins of being the ‘best value in Ireland’ are probably not outweighed by the concern they are now feeling as a result of their product offering.

Two: Other banks are not coming clean with the condition of their loan books, if this is the case, given that the nation has stepped in to back them then any person found to have colluded or to have covered the extent of the damage needs to do jail time.

Maybe I’m paranoid, but at some stage I feel it is fair comment to say that one or more of our banks will be ‘coming clean’, people will wonder why they waited to do this, I would respond: perhaps its because we offered medecine prior to islolating what the problem was. Bank CEO’s came to the doctors door claiming a medical emergency and we gave them drugs by the cartload before knowing what was even wrong.