New trends in underwriting and credit 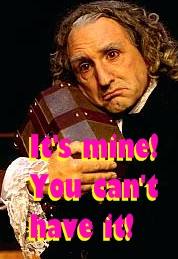 It is 2009 and one of the things we need to look at (at least from the mortgage market perspective) is the availability of credit. Many associations such as ISME and politicians such as Joan Burton have voiced strong opinion on the need for credit to be extended to small businesses. The same credit contraction is happening in lending for property.

While our firm, and almost everybody involved in the mortgage market accept that we are not at market clearing levels, the unavailability of credit for those who do wish to buy and are capable repaying their loans is going to cause an unnecessary distortion which will drive prices down further than is rational. Without getting too deeply into the reason for the credit contraction/deleveraging process which we have covered many times here before, the point of interest is the new brand of underwriting we are likely to see.

In the past people within the financial industry were looked upon favourably, not only due to the fact that they normally represented a more financially sophisticated customer but also because their tenure was considered secure. This is no longer the case and ‘industry underwriting’ is likely to be a side effect of this. Take for instance Anglo Irish Bank, they don’t do residential loans, so anybody who works there has to obtain their home loans from other banks, I would imagine that any staff working there now are going to have issues obtaining credit based on their employer. 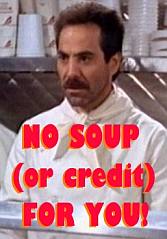 Anybody who got big bonuses in the past in the financial sector can kiss them goodbye in 09′ and that will also mean a further downward pressure on credit availability for any person working in banking or finance. It is ironic that the money men themselves are the least likely to obtain credit in the current market.

In one sense what we are going to see is a return to ‘traditional banking values’, where lending is not easily obtained, the entitlement to credit is a dead phenomenon.

Higher stress testing at 3% or 4% above ECB is likely to become commonplace which will give a conundrum of being in a low interest rate environment but with the ability to borrow becoming more restrictive than when rates were higher! Normally (or at least in the past, ‘normal’ is constantly being redefined in finance at the moment!), when rates are low you can borrow more even when the loan is stress tested, but now we will see new higher stress/worst case scenario stress testing along with a requirement for bulletproof financial risk modelling. Look out for the repeated use of that word in future regulation and risk management news ‘bulletproof’ is going to be heavily featured in those conversations. 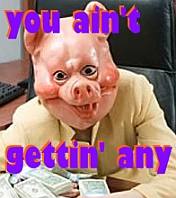 Other additional revenue will be discounted or removed, this would be things like overtime, commission or annual bonus (it would not be unreasonable to see this even in industries that traditionally bank on overtime such as prison officers) and the like from calculations because this income is not 100% guaranteed, again, worst case scenario will start to be factored in more often from now on.

Perhaps -although I don’t see this as highly likely- lenders may go back to what used to work best, which was multipliers. Getting back to multipliers would create as many ills as it would solve but from a banking perspective it would remove the possibility – in theory – for reckless lending to occur, having said that it would also preclude so many people from housing that it would drive people into either state sanctioned finance or to long term renting or worst of all, into finding ways around the criteria.

This year is going to be one full of massive changes in the financial industry, already we arrived back to find out that many clients who were approved with a certain bank are now ‘unapproved’ because the lender changed their criteria over the Christmas break! Ridiculous? Yes, but quite real as well.