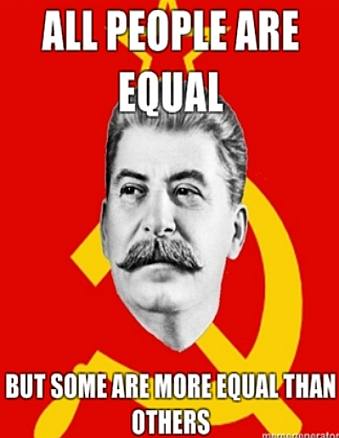 The original Consumer Protection Code was brought out in 2006 and it was a welcome augmentation to the Regulatory environment, since the financial crisis began we are increasingly hearing calls for ‘more regulation’.

Naturally, good regulation is of benefit to both industry and consumers alike, perhaps industry is actually the greater beneficiary because faith in the financial system allows funds to flow freely and in turn financial firms can make profits with greater ease albeit at lower margins (increased competition tends to go hand in hand with that environment).

However, Regulation that is there to hog-tie or ‘get back’ at either beneficiary of regulation is flawed, so something that hammers banks or consumers is ultimately not an achievement but a regression, and for that reason I can’t help but feel sceptical about the new Consumer Protection Code which will come about from the briefings laid out in consultation paper 47 (recently closed).

Where are the key areas that the failure arose?

Bank advantages from within the payments system: I tried to raise this point when speaking to Ian Guider of Breakfast Business on Newstalk 106 today, the point (and I don’t know if I made it clearly) is that banks have a natural ability to sit on the payments system and because of this they have an asymmetric information advantage over the client who only knows about their own finances. They use your information as a sales tool before you even know it.

By knowing what goes in and out of your account the bank can make propositions that are based upon certain outcomes in advance of the proposition, the issue with the majority of financial complaints doesn’t occur after the fact, it occurs at origination.

Put simply, if I always tend to have €500 in my account then the bank can assume that this money is there for them to approach me about, armed (generally) with a proposal of what I could do with that €500. The origination is via an approach rather than a client need being expressed. It is absolutely wrong and one of the biggest oversights being made, the Regulator is coming at this from the wrong angle.

Simple analogy: what is better for a person, to send them into a room of wild dogs with a suit of armour on, or to send them into a room with no dogs? I err on the latter. If banks are allowed to target clients via information they hold from within the payments system then it can easily result in people ending up with investments they would otherwise have never bought.

Vulnerable Consumers: Another area that is being put forward in Chapter 13 of the CPC47 paper. A person is ‘vulnerable’ if they:

1. Have a low level of educational attainment
2. Have a low income
3. Have a a high level of indebtedness
4. Have a poor credit history
5. Do not have English as a first language
6. Are suffering from a long term illness or disability or episodic illness
7. Have a mental capacity to make a decision which is diminished
8. Were recently bereaved
9. Have a substantial sum to invest who have little or no investment experience
10. Are near, or over the statutory retirement age, are retired from their occupation or are retiring soon

To a right thinking person you would naturally say ‘that all seems reasonable?’, and it does, but the underlying issue is that it equally infers a ‘lesser duty of care to non-vulnerable consumers’, some consumers are ‘more equal’ than others, or ‘more worthy of a duty of care’, that is patent bu11$h1t, every person deserves the same duty of care.

And let us not forget that a ‘Consumer’ is any of the following:
a) a natural person acting outside their business, trade or profession;
b) a person or group of persons, but not an incorporated body with an annual turnover in excess of €3 million (for the avoidance of doubt a group of persons included partnerships and other unincorporated bodies such as clubs, charities and trusts, not consisting entirely of bodies corporate);
c) incorporated bodies having an annual turnover of €3 million or less in the previous financial year (provided that such body shall not be a member of a group of companies having a combined turnover greater than the said €3 million); or
d) a member of a credit union;

As an operations and compliance person this strikes me as being singularly impossible to police, leaving companies open to punishment on too many fronts if investments don’t perform, effectively creating a ‘client put’ whereby if they get the result they want it’s o.k. but if they don’t then they can blame the finance company.

How are you to approach this? Ask a person how smart they are? Give them an IQ test? Some of the most intelligent people I know are socially inept and would appear to fit some of that criteria, so what combination is required or does any one piece of it therefore mean it all applies?

This does get onto the point  of origination but again, how does the contact come about? In large part it is via the payments system, whereby a ‘vulnerable consumer’ is approached rather than where they go out to seek advice themselves.

Calling Times: The old rules were that a company could call their clients from 9a.m. to 9p.m. from Monday to Saturday, the new proposal is 9-7pm on the same days. This should probably be 9-8 Mon-Fri and 10-4 Saturday. Allowing some middle ground for both clients and institutions to deal with each other at times that are mutually suitable.

Stopping banks from contacting clients, in particular where arrears exist is a risky proposition, it means that an agent of the bank acting in good faith for the consumer and to their benefit in the arrears process (as set out under the MARP in the CCMA) cannot call the person. Focusing only on one side of the interaction misses this point.

Certified Persons: The code still doesn’t apply to Certified Persons, those are people who are (in the main) qualified Accountants and Solicitors. They can give the same advice that a regulated person can, but if there is a problem there is no regulatory backdrop or protection, they only answer to their own professional bodies, this is a shocking oversight and I would go so far as to say it is disgraceful of any Regulator seeking professional respect, if you can’t enforce rules in the very area you are empowered to do so in then it is emasculation of power you are meant to have.

In conclusion, the Consumer Protection Code is important, and both industry and consumers will agree on this, in the main the suggestions are good, we are in agreement with most of it. However, the oversight in the areas of using the payments system as a sales tool, the inability to regulate certified persons and the duality being put forward by describing some people as ‘vulnerable’ and others who are therefore ‘not vulnerable’ all need to be revisited.