NAMA pricing, and why we’ll over-pay 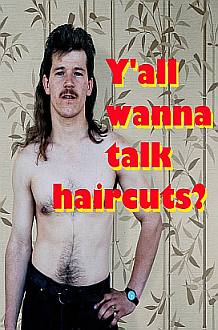 The ‘haircuts’ we are hearing about in the papers of late are not ‘bobs’,’mullets’ or ‘short back n’ sides’, it is all about the pricing of NAMA assets, and when the pricing does become public don’t be disappointed to hear that it isn’t as big as many have felt it must be, the taxpayer is going to (ultimately) over-pay for the assets that NAMA takes on, try not to feel ripped off, in fact, overpaying is perhaps the only way we can get NAMA to work and the alternative is worse. I don’t envisage a haircut of any more than 18-20% at most if we are to ensure that banks and Government are truly working towards one aim when it comes to NAMA.

It is vital to remember – any NAMA losses will be levied upon the banks with interest, so even if there are losses (and there has to be, because there is no way anybody could get things 100% right) the tax payer is -in the long term- sheltered. While that is not necessarily stitched into the documentation so far, it either will be or an alternative way of getting the same result will be found.

A situation similar to this occurred in the mid 80’s when AIB owned ICI ran into trouble. The government got a return by levying all insurance policies (in fact, they are doing this again having learned that it worked from the first time). The Central Bank also played a role, instead of paying (for instance) 8% on deposits by banks, they only paid 6% so 2% was going towards the bill.

Obviously if the banks don’t survive then the tax payer is ripped off because there is nobody to levy and we are left only with the fallout. However, paying today’s market prices on something that will be managed over time would basically force a collapse, the banks can’t currently absorb the losses if realised at once, in fact, no bank in the world could do this as they all operate on the fractional reserve system and that is why impairments tend to be met by operational income first (forbearance), capital next and then (if closure is to be avoided) bailouts by either shareholders, governments, or government agencies (such as the FDIC).

There is an important point in market prices, NAMA intends to use ‘Economic Values’ or ‘Model Values’ and one problem I constantly see in the press is the interchangeability of what is ‘mark to market’ with ‘mark to model’ as if they are the same thing when in fact, they are day and night apart.

Zoe property is worth 1/4 of what they owe and if NAMA pay over that then the tax payer will have paid to much…. Sounds simple right? Well, not really, because if banks were to call in all loans now and see those kind of forced sales it would change the market (drive prices down) and they would sell at a time where credit is unavailable even to willing buyers and you’d witness further collapse.

So using today’s market price won’t work, if it would work why wouldn’t private buyers just go in and avail of bargains? Thus you are left with ‘economic value’ which considers interest roll ups and the factor of time, time allows recovery. Securum which was the property vehicle of Nordebank produced a profit after 5yrs and shut down, the window for recovery was initially 15yrs. In London their maximum crash prices had increased tenfold in less than a decade.

The taxpayer is essentially providing equity finance to the banks, and NAMA is warehousing the risks over time, if there is any upside the taxpayer should enjoy part of it, but that doesn’t mean they should do so by nationalising banks, rather banks should pay any shortfall and any profits should be divided accordingly.

One issue with ‘tax payer value’ I always have is the assumption that we ever had taxpayer value, if the current administration had ever focused on value then they would have sought efficiencies in the services they provide rather than finding a solution by increasing the number of staff, they would have put aside 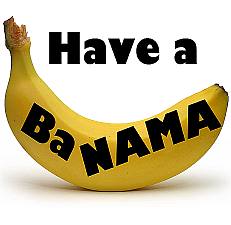 funds (as did the Chileans) to provide a stimulus without borrowing, they would have changed our tax code so that it was easier to understand and administer, if ‘value’ was ever on the cards to begin with they would have done a lot of things, but they didn’t.

The ‘haircut’ NAMA will pay is not likely to be more than about 18%-20% as a broad mark, if it is any more then banks will have an incentive not to pass on the loan and instead sit on it hoping to solve their problems over time via operational profits.

It will make headlines for many days when it comes, there will be political backlash, the usual (and frighteningly predictable) opposition posturing, but the fact is that when the time comes, you can’t have a ‘bad bank’ that forces over realisation of losses in a suppressed market place when relying on an economic model, if anything other than this is done then there is no need for NAMA, let the market do what it may, sadly, the market won’t be doing ANY of its regular jobs, and instead we will (taxpayers) foot the bill, we’ll borrow from the generation of tomorrow, to pay for the mistakes of yesterday, just don’t expect a fair deal in the process.

From a moral standpoint, I sometimes wonder, who are any of us to talk about ‘fair’ (I refer to fair in the general rather than individual sense) when our children who had nothing to do with this will be the taxpayers of the future who foot a large part of the bill for it all? We have to consider the future more than the past and punishing the future for the sins of the past (via excessive taxation) is wrong.

Hurting the banks too much right now won’t mean a better deal for them, it will mean a society with reduced access to credit at much higher margins as banks recoup losses elsewhere, we need to see NAMA for the best of a bad bunch solution that it is and get on with the process, the constant debate – while interesting and worthwhile – isn’t actually fixing anything.