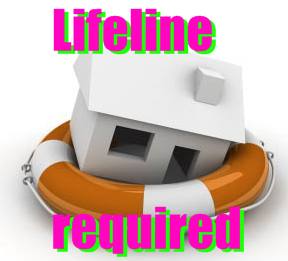 However, with high unemployment, wage cuts across both private and public sectors and such indebted households (2009 has seen historic highs of 176%) something is going to have to give, and while there is a risk to helping reckless borrowers, the vast majority that need assistance today are genuine cases and in this moment in time we, as a nation, have a choice, we address the problem or we don’t. It is a grey area but a black and white decision, to act or not to act.

in the property, this would mean that mortgage payments are made with equity in the home as opposed to being made with cash. Essentially you are paying for your home by giving part of it away, it would be akin to a farmer paying a bill with crops rather than cash.

The reality is that if we don’t opt for something along these lines then many borrowers simply won’t pay anyway and the bank will be left with no loan, and an non-performing un-rented-out asset, at least this way they have a loan and part of an asset with a tenant in place. It is important to view this from the banking perspective first because if it makes sense to the bank then it will be made possible, if it doesn’t then it won’t happen, even with all the political will in the world (even with nationalised lenders).

First, we should run the figures

If this person is having difficulty paying their mortgage the first step is to extend the term, but often that doesn’t work so the next choice is to make the loan repayment ‘interest only’, where you don’t service the capital, only the interest, in this example it would cost [€250,000 x 2.8% / 12] or €583 per month, and that will help the majority of borrowers, perhaps a good idea would be to have a situation whereby borrowers in trouble must be offered interest only periods.

further down the scale there are people who can’t even do that, these would typically be people who are not only in financial trouble, but they went into it with obligations that were perhaps way over their head already, take a person with three children a mortgage of c. €500k and even on interest only they can’t afford to pay the loan.

Well, there are two scenarios, in the first one they have equity in the home, in the second they don’t. What I am about to describe is a debt for equity swap for home-owners.

If the person has equity: If a family is at a point where they simply cannot pay their mortgage, and they don’t qualify for Mortgage Interest Supplement (or have used it all up) but the house has equity in it then it may be an option for the bank to totally waive their mortgage payments for a period of up to three years (for instance) and take an equity stake in the property instead, picture it like a farmer paying for something with produce rather than cash. 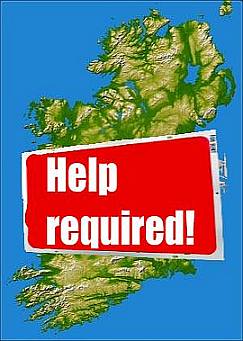 In the example where a person is in negative equity the question gets a little more complex, how do you take equity in a property when any loan secured against it isn’t even covered by the asset? The solution here will need to be on where the loan is tagged onto the persons future earnings, where they essentially have a judgement that will be deducted via payroll in the future or something to that effect, and the state will need to underwrite this, I don’t see how a bank would consider this without some kind of direct participation by the state. This is speculative and might be way off the mark but I can’t see a bank agreeing to a plan like this without additional security.

The bad news is that the 87% of people who still have a job will be footing the bill to a degree via increased costs in financial services and further capital injections, that cost is payment for a societal benefit, if you don’t agree to it (and personally I’m yet to be converted) then get ready to hold your tongue because its coming down the line whether you want it to or not.

The obvious issue is that of the borrower buying back the equity, this will be key to a working solution, you can’t force a person to buy the equity, all you can do is ensure that if the property is sold that the equity is valued and paid for. Having said that, the bank could also ask for a balloon payment or some other option at the end of the loan, the big risk is that the person is given three years of relief and then they don’t pay anyway, but that suits the banks because the entire solution to all problems Irish hinges on one thing, that of recovery, that at some point in the future things will be better than they are now and frankly, if that doesn’t happen then a plan like this will be the least of our worries.