MicroVentures, how a microfinance approach to investment in Ireland could create jobs 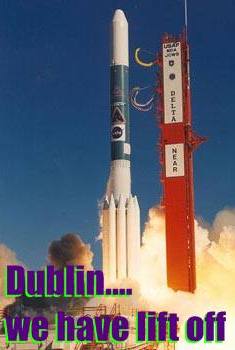 I have covered the area of microfinance before, and in nations where it works the multiplier effect of the credit is said to be quite astounding, today however, we will take that concept and apply it to Venture Capital minus the multi-million euro entry fee. This post will cover MicroVenture’s.

MicroVentures, have in the past related to the semiconductor business, however, this version instead relates to the idea of bringing together groups of small investors and putting them in touch with small groups of entrepreneurs, and then allowing voluntary mentor participation. Kind of like a real life but smaller version of the dragons den. The working mechanism is below.

A microventure convention would likely need to operate as follows. Every person who wants to attend does so by purchasing a ‘share unit’ – we’ll say this is a standard price of €1,000. It is held in escrow by a solicitor or bank, and allows the attendee to go along and hear the ideas being put forward and if they like them then they can pledge their €1,000 share towards whatever idea they like, the ideas will be listed with a clearing price, so if a project needed €20,000 to get off the ground then it would take 20 tickets holders to commit, or several could purchase extra tickets/shares on the day to clear the idea. If you didn’t invest anything then you would get your money back minus a €75 holding fee (so you would have basically paid for attendance).

Projects could be listed in advance and the entrepreneur would have to present a business plan and talk about the company they plan to create and grow. Vetting in advance by financial advisers and accountants would ensure that there is at least some form of feesability check in place before this happens.

The missing elements of the company could be brought in by a standard share offering in return for time & service which would be based upon a standard service agreement- which is the same basis the entrepreneur would be operating on. The portions required for additional services would be out of their share. So an accountant might agree to do the new companies accounts but in return they get x shares, a standard amount would need to be decided upon.

The model would need to give general control to the shareholders but day to day decision making power to the entrepreneur and mentor team. So if a technology company can provide (for instance) a software solution to the start up then they must do so partly in cash and partly in return for a share percentage on the standard offering. There would be three types of provider of goods/services required to get the start up working

1. Full payment providers: for instance a stationary or print provider. They would have to be paid whatever they are due upon provision of their goods/services.
2. Partial/Mixed providers: they would get a mixture of shares/money for their goods or services, this might be – as an example – a software company that creates a web app for the company, they get some payment, and also some shares, this is necessary to ensure that they have ongoing commitment to the success of the venture.
3. Share only providers: This would be accountants, mentors, and the promoter themselves, that doesn’t mean the promoter couldn’t draw a minimal wage, but their share percentage is determined from the outset.

So we’ll run the idea now.

The convention is held and there are 400 attendents, 20 promoters with start up costs ranging from €10k to €100k, they all get an opportunity to state their case, their experience and the attendees can check the prospectus provided about the projects which have all been vetted in advance.

At the end of the talks people can then mix with the promoters to ask more questions and then they are asked to cast their shares towards whatever idea they like best. If there are over subscriptions then that is o.k. you can adjust the shareholding accordingly, if they are underprescribed then the promoter can (if they have the means) make up the difference, or one/several shareholders can opt to put in more, or the start up can fail to get the go ahead.

Either way it achieves the following, enterprise commencement at a rapid rate with indigenous start up companies which are not relying on government/state funding – which is of itself a slow process. It removes banks from the equation, in the current environment they are not lending due to bad ideas, the credit contraction is stopping good ideas from getting a chance. It allows people to take smaller measured risks on companies they can have an intimate knowledge of. 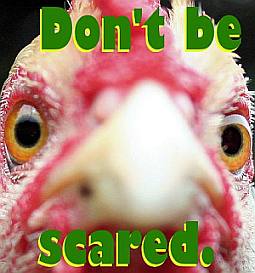 If you invest in a company on the stock market do you really know as much as you think you do? With a locally grown company you have a better chance of having intimate knowledge, especially if there was a transparency surrounding the creation of the entity which would give the shareholders better insight into the day to day operations, as well as that, the creation of the company with shareholders having the sway in voting rights helps to give some increased control to the shareholders, on the official market shareholders as a group have very little sway (unless you are an institutional one).

The repayment could work in one of two ways, in the first three years the entrepreneur could opt to convert the stock to bond debt with a par offering set in advance, or they could pay dividends, obviously this would only matter on the companies that are successful.

If there was an approved microventure scheme (for instance that you could invest via a pension and use tax relief or some kind of expansion of the BES scheme) which allowed people to invest with some of the incentives available elsewhere it could help to get it kick-started, it would also allow people to diversify their investment by opting for different types of companies, it would help to drive job creation without trying to use the current tax system to redistribute income inefficiently. 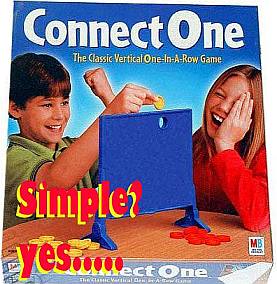 And lots of start up companies mean people would become more expert in creating trade and businesses, there are over 350,000 people without a job in Ireland right now, imagine all the raw talent going to waste? The state lead programmes require people to be out of work for 2 years before funding is available, if you are out of work for 2 years then how can your skills be current? The best choice is the people who are available now and who have the skills right now but the state sponsored bodies can’t deal with them effectively or at speed.

Microventures would be one arm of an overall solution to the Irish economic woes, but it should also be something that is inherent in the country if we hope to create a sustainable knowledge based and export driven economy. There is nothing stopping this country from becoming the ‘home of the start up’, investors are also more protected than they are on the open market, promoters get the chance to reduce their start up risk and still pursue their dreams. Sometimes everybody wins.