Market based solutions to the financial crisis

If you want to nationalise a bank then you are putting it into the hands of the state, therefore the taxpayer, so how can you be fair to the people of a country when you nationalise a bank while also giving the shareholders and bondholders some opportunity at redeeming at least a portion of their money, and most importantly, how do you do this with a market based solution? Is there a market based solution?

Currently the answer has been to take the good, the bad, and the ugly onto the national balance sheet. Is this really what the taxpayer wants? Instead would it be better if they only took the good assets – thus protecting the tax payer, and left all of the toxic debt to the bond and shareholders and let them see what they can get out of the remaining assets?

They may not be getting protected (shareholders/preference shareholders/bond holders) but when was it a taxpayers responsibility to protect investors of any firm? It certainly is not in the public interest in terms of future tax liabilities. Nationalisation infers that the public is protected, that the national interest is served. However there is no free lunch and somebody has to pay, by taking on bad assets this insures that the state will pay (state=taxpayer). 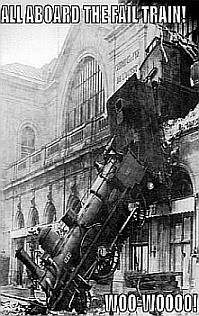 The shareholders have no right to compensation when a bank has to be taken over by the state, so getting only the bad/non-performing assets – even if they are marked down by 90% is more than fair to them. Why? Because the option behind Door 2 is ‘you have lost 100%!’. I say this as a shareholder, and an avid proponent of banking and finance. However, failure is part of what capitalism is about, we do need the state but not to the extent that nobody ever loses! It is not the job or the role of the state to protect every investor to the Nth degree.

What would that mean? It means that the good assets are taken over, the depositors are protected and the investors are left with the remains, if they can find some good loans in there then fine, let them get some of their money back, if they find that they only  make back 2% it is still better than losing 100%! And this approach is one in which the market can right itself, what we are seeing throughout the world is an attempt by governments to avoid the crash, which is akin to trying to stop the tide from coming in.

In a nutshell: Guarantees for depositors is still a good thing, it always was a good idea, but saving shareholders is a farce.

Due to the speed in consumption and credit you could argue that we forward bought everything which we might normally consume, we created a large demand now and in the recent past, that will hamper future demand, and this is part of the reason for collapsing demand. It is evident in many surplus areas such as housing. Why were so many houses built all at once? Up to 100,000 empties came about as a result of satisfying future demand in advance so naturally the market has to drop in order for clearing prices to be reached. 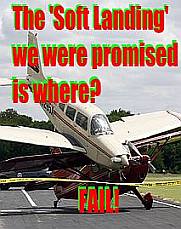 Back to the issue of banks: shareholder loss (in particular with Anglo) should be a given, and losses are hard, many of the investors are old and exposed, but no less they were investors who took that risk, you cannot entertain a world in which compensation for loss after taking a risk becomes a norm. Otherwise governments will find themselves in an endless spiral of paying for mistakes and fall outs that were none of their doing, which will be very costly, and are outside of their traditional role.

Bad assets don’t belong on the Governments balance sheet, many will argue that there is no historical basis for this type of solution, but equally, we are not dealing with an event that has a historical parallel, there are similarities of course, but this situation is its own and requires unique answers.

Recessions are like a resting period for a person who has to walk long distances every day, if you never rest you eventually drop from exhaustion which is the position the world is in, and it is a synchronised event this time around. The government attempts at the moment are like giving the person on the verge of collapse an injection of adrenaline, they need recovery and making them walk further won’t give them their energy back, arguably it ensures that when they do stop that they are in even worse condition.

The bond market sees this coming, look at the rates on TNotes, the US long bond went up from 2.5% to over 3.6%, the 10yr note went from 2% to 3% as well. That is because governments are going to have to offer more money to attract ongoing investment, higher interest rates will result in higher inflation and in the end regular people will shoulder that burden, and it’s not ‘if’ only ‘when’.