Making money from death, is it moral? 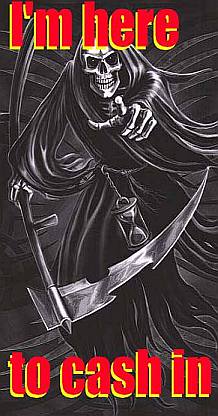 Financial innovation has meant you can make money from many things which may or may not be considered morally correct, there are ‘short sellers’ who make money when the price of a stock drops, some people consider that a bad thing, others feel that it is proof of an efficient market working correctly. Then you have the likes of ‘vice funds’ which invest only in things considered immoral such as weapons manufacturers, liquor distilleries, beer brewers and gambling. Then there are those that literally make money from death and today we will consider that group of investors, the SLS traders [naturally there are other non-market groups such as those dealing in blood diamonds but they are not tradable and fall outside of the remit of our description].

There is a thing called a ‘secondary life settlement’ (SLS), and it is a financial trade where an investor buys a persons life insurance policy from them and continues to pay the premiums on it, then when the seller dies the buyer gets the money from it. Naturally this sounds pretty grim, especially when you see some of the buy side criteria – such as looking for ‘medically impaired’ policies, translation: the seller has cancer and is unlikely to survive for long.

SLS’s are therefore portrayed as a fairly macabre way of making money, even more so than the companies that sell insurance for death, and that is an odd thing, because a SLS investor is really only seeing out the duration of an assurance policy to its natural end of contract (and payout) that may have occurred anyway and in the meantime the seller makes some money from it.

Secondary settlements are actually a good idea for several reasons, first of all is that it infers certain property rights onto the owner of a policy, currently an insurance policy isn’t considered property that you can sell and that undermines the value of even paying for it in the first place, it is after all a type of asset albeit one that most of us never want to cash in!

It would be a good thing if people who were old were able to realise a cash settlement in life from a utility point of view, so rather than look at the example of paying off a granny with 6 kids who is dying of cancer, consider it another way – what if getting a cash payment for selling her life insurance gets that granny the best palliative care available that the kids (who may not have the money to pay for it) can’t afford, and this means that despite the inevitable conclusion, that this person passes away in the best and most comfortable surroundings possible. 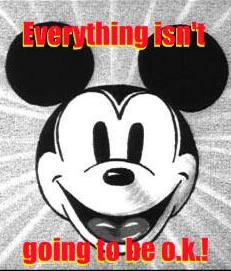 Some might say – well… this isn’t really any different to ‘reversionary loans’ [which I jokingly call ‘revulsionary loan’ because people are so put off by them] where a person sells a stake in their home that they never pay back and then when they die the reversionary lender sells the property (offering it to next of kin first) and gets their money plus interest back.

The key difference is the asset, and in particular the validity of the asset, you see, a house can be used long after a person is dead, it can be rented out if they are in long term care and passed on as an asset that may eventually appreciate etc. A life insurance policy on the other hand stands several serious risks that may prevent it from realising a meaningful end, mainly that of premium cessation, where the person gets ill or in old age can’t afford the indexing premiums (many SLS are on policies where they get more expensive as you get older) and if they stop paying it becomes void and invalid.

In that example the policy now becomes worthless, you could argue that an old sick person might miss mortgage payments and get repo’d but experience tells us that the majority of people don’t have a mortgage after age 65 so while one asset becomes increasingly expensive to service (life policy) the other becomes less, and then negligible (house).

Take this example a bit further, imagine the person who is old and sick wants to give children a gift of money while alive but they only survive on a pension, a secondary settlement can do that, it can also help to cover the gap left by financial storms such as our 2008/09 crash which have left many who held dividend paying equities or other investments with catastrophic capital and cash flow losses.

When you consider every facet of a secondary settlement you can start to see that far from being a mercenary thing, it is in fact the market finding a way of offering people what they want. A person may have many perfectly good and rational reasons for wanting to take the money now rather than leaving it as a benefit to others after they die, most simplistic of all: what if they have no beneficiaries? 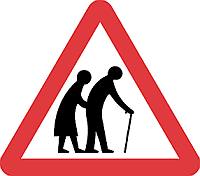 The secondary settlement market may be a partial solution to our pending pensions crisis, if the funding for this is not available in the public purse perhaps there is a market solution to providing income for the aged and this could be a part of that. Obviously, not everybody will ever continue to pay premiums or hold a policy large enough to provide a meaningful payout in the future and there are some restrictions that will weed out some participants, but SLS’s are not ‘bad’ by nature, they merely reflect a transaction between a willing seller and buyer, each have their motivations and each take from the transaction what they can but it is not inherently ‘wrong’ or ‘right’, if it is wrong then explain that to the buyer and see if they change their mind?

There are some important controls in place such as an auction system which ensures that people are not underpaid for their policies, and the buyers are regulated heavily as well. The one thing that could cause big problems in what is a totally uncorrelated investment market (to markets, there is obviously correlation to actuarial longevity tables) would be something like a cure to cancer, but frankly, I think even the losers in that example would be pleased with that because it would serve them in the future better perhaps than their profits would.