Living in the past, Irish property prices. 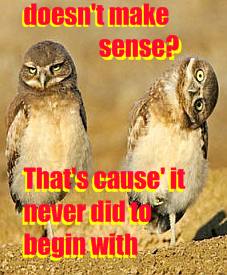 Here is Paul’s Take on it:

An auction is a sale conducted in public. As such, prices paid at auction have always been available to the general public, and until auctions themselves became a victim of the market crash, we had become used to seeing auction results reported every week in the property pages of the newspapers.

In contrast, a private treaty sale is conducted in private. It does not specifically imply price secrecy, just that you can negotiate a deal at your own pace without an auctioneer’s gavel hammering it home. The matter of secrecy about the price is more to do with a culture in Ireland of people not wanting neighbours to know anything about their financial affairs. The tradition of agents not reporting the results of private treaty sales seems to have emerged from that culture rather than from anything written in law or in the definition of private treaty.

Then at some point in the early 2000s, when we became more used to money, that tradition seems to have begun to disappear and agents started, when it suited them and it was not a problem for their client, informally passing on to the newspapers information about private treaty sales which would then be published – especially when the properties were in sought-after areas and at the higer end of the market. No one checked with Government, with the buyers or with the EU about whether or not they could do this, and no one told them they couldn’t.

And so, we got used to seeing references, especially in The Irish Times, to prices paid in certain private treaty sales, but always qualified with those handy phrases that could hide multitudes: circa, in excess, well over, region of. Why were they not the exact figures? Well, there was little or no talk of such information being protected by legislation, so the main reason why approximates were given seems to have been just a respectful nod from agents to that fading culture of secrecy and to the confidentiality of their clients, the sellers. 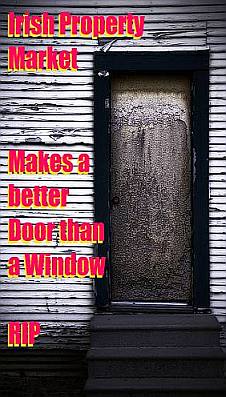 We ended up knowing that such and such a property on, say, Richmond Park was sold for “circa €695,000”; but God forbid that we would know whether it was closer to €700,000 or €600,000. How vulgar and unprofessional and contrary to the sacrosanct traditions of client confidentiality that would be!

Then in April last year, the Irish Times revealed that they had discovered that some of the reported prices they had been publishing were exaggerated. The Times was reported to have described the practice as “endemic” and to have said that prices were as much as 20% over what had actually been paid.

As the main source of information on results in the country, just consider what effect such exaggeration could have had on the market! It is unlikely that it was going on for long, though, because one has to assume that the buyers involved in those transactions would have started reporting the exaggerations quickly enough – which is more than likely what some did in this case and what caused the Times to act when it did. Fair play to all involved!

For the sake of full understanding, one should point out that this exaggeration was not a campaign of misinformation maliciously masterminded at Estate Agent HQ to dupe people into continuing to overpay for property in a collapsing market. It was probably more like a small number of agents responding half-heartedly to the newspapers’ continued requests for information on results. They knew by this time that prices were dropping fast and were encouraging vendors to cut asking prices. Some vendors had taken that advice and agents were probably hoping they could oversee an orderly correction of the market in this way. It wasn’t that they were telling the papers that properties advertised at €500,000 were going for €600,000, but that they were trying to hide the fact that a property that had its price cut already from €800,000 to €700,000 was still going for considerably less; muttering something like “Ah, sure just stick in that it went for somewhere around the asking price and we’ll leave it at that.”

Of course, it was blameworthy however half-hearted a thing it was, but worse still was the official information void in our system that allowed such vagueness and misinformation to be taken for a record of the market. Laughable, is how you’d have to describe it, looking back. 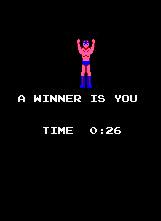 The IAVI and the IPAV, for their part, were in full agreement that all price details of properties sold through private treaty or after auction should of course be absolutely accurate, and instructed their members to stop providing information on private treaty sales altogether while they sought clarification from the Data Protection Commissioner.

The position of the Data Protection Commissioner was that sale prices were, in fact, after all, personal and therefore had been protected under EU directives going back to the 1990s; and so either individual consent (from both seller AND buyer) would be needed for each property (“Oops!”) or else national legislation would have to be introduced to put this kind of data beyond the Act.

Other European countries, putting the common good above private interests, had made it a legislative requirement that property sale prices be made public for the sake of a transparent and properly functioning property market in which everyone knows what’s going on. Data protection legislation was only ever a barrier in Ireland because Ireland had not specified otherwise.

Effectively, the matter was out of the hands of the Data Protection Commissioner. Alan Cooke, CEO of the IAVI, summarised the resulting impasse as follows: “A dichotomy exists in that if agents disclose sale prices that vary to a material degree from the actual price obtained, they breach the Consumer Protection Act. Whereas, under the Data Protection Act, the publication of accurate figures is possible only with the consent of both parties to the transaction.

It can therefore be safely assumed that very little comparative evidence can be legally adduced, endangering the arbitration and independent determination processes for landlord and tenant cases, rent reviews and compulsory purchases under the National Development Plan. Local authority valuers are equally affected by these restrictions. The implications, not alone for the property profession, but for the economy, are stark and require urgent Government action. 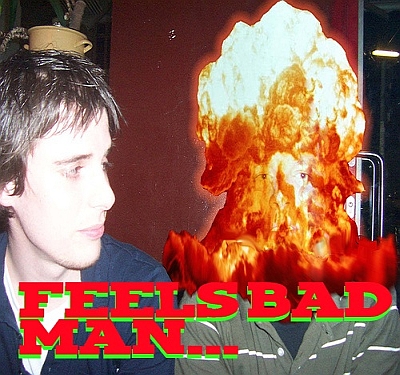 Even where the parties to transactions are companies, a general requirement of client confidentiality imposes restrictions on agents and valuers sharing information without which the market cannot operate properly. One participant at [a] meeting [to discuss these issues] remarked that the market has operated successfully despite, rather than because of, existing legislation.”

It was a truly ridiculous situation and no wonder that at the end of his article Cooke called for immediate action: “One thing is certain: doing nothing is not an option!”

So, it’s all been sorted out and we can get on with things … What? No?

Over 12 months on, both the Government and the professional auctioneering bodies appear to be doing just that: nothing. There have been no changes made to, or even indications of intentions to change, legislation in relation to property prices. In fairness to the estate agents, they have made a number of calls for a change and are anyway too concerned with just making ends meet these days to have time to lobby for reform of a situation that is neither of their making … nor, in fact, stopping them from going about their business. If they felt truly bound by data protection directives they would be out on the streets seeking the changes necessary for them to be able to do their jobs. More significantly, if the Government took seriously the data protection breaches that are clearly taking place (even in its own valuation work), it too would push through the necessary legislative changes.

Last we can tell, the best that the Department of Justice could offer was that while the then Minister (Brian Lenihan, T.D.) was steering the Property Services Regulatory Authority Bill through the Oireachtas, it was said that consultations in the context of the Bill would provide an opportunity to discuss matters relating to sales prices. That doesn’t sound very convincing when you consider that the Regulatory body that will result from that Bill (the NPSRA), which twelve months later is still awaiting its legislative teeth, will have NOTHING WHATSOEVER to do with property prices, other than to make sure property service providers act within the law … whatever and whenever the Government decides what that is!

What might get the finger out and bring about top-down change is the seemingly inevitable introduction of property taxes based on property values. To properly implement such a system the Government will need, finally, a national register of property prices.

That’s where Paul leaves it, and if you want the synopsis it is in the following line:

Imagine a stock market where nobody knew the prices of anything? Or going into a shop and being told ‘guide prices’ but that ‘actual prices’ couldn’t be published or made public, it is truly ridiculous. The biggest error of all is that the Estate Agents were actually trying to do the right thing and they were prevented from doing so by legislation that hadn’t given a sound precedent, otherwise the practice should have been warned off far before this, and yet nobody has been charged despite the apparent breach that the Data Commissioner believes exists!

So it seems that Estate Agents can do no right, even when they are doing the right thing!

If we are to have any sense of our own market there are a few things we have to know, and the prices that houses are ACTUALLY selling at is vital, that is part of what gives reports like the Case-Schiller index such credibility, and it allows economists to view the market in an intelligible way, in Ireland Ronan Lyons has been writing some fascinating research on his blog and yet at the base of it all there are key assumptions because all we have to go on is asking prices! If it wasn’t such a tragic failure on behalf of policy makers it would make ya laugh!

How there can be such a central and important element of the market given such protection when it comes to hiding answers is beyond me, having said that, the state don’t mind too much as long as they get their stamp duty, and in fact, it helps them to limit the critique of their actions because if nobody has the raw data then you can only ‘assume’ everything, when it comes to selling prices either the Land Registry or Dublin Castle have figures, it is high time they released them to appropriate sources, anything short of that is basically deliberate suppression of vital market information.