Less tax and simple bankruptcy could be the best solution 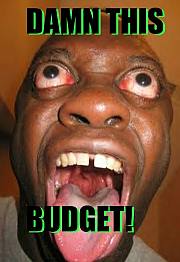 As we await what is being described as a ‘savage’ budget, it is important to remember some of the ideas being thrown about may appeal prima facie. One disappointing suggestion I heard today was a call for tax bands of 50%
(this came from an economics professor too!). In this blog we have said for some time that there are only two solutions to the deficit, firstly taxes must go up, secondly we have to stop spending. However, there is a point at which higher taxation actually reduces the tax take (more on this later in the article)

One thing that we need, in light of what will likely be testing times is to consider the impact of tax changes and also the need for a simplified bankruptcy system. There are currently (so we hear) thousands of well to do ‘non-dom’s’ in the UK who are planning to leave because of changes to the tax system. Ireland is a small country relative to Europe, so what could we do in order to make our shores more attractive to the superclass who, despite all of the tax breaks, are still huge contributors?

We could consider changes that mean that income earned in other jurisdictions is not taxed for non-domiciled people living in Ireland, obviously rich people living here spend money and that brings in a significant amount of economic activity as they purchase goods and services within the country they inhabit, this would mean we get the benefit of their wealth (likely local investment in property etc. ensues) and even though the tax on their foreign earnings would not enter our tax system it is better than not having them here at all! Obviously there would have to be some condition that at least part of their income is derived here and taxed appropriately. 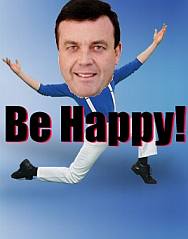 Has nobody ever noticed that ‘recessions’ don’t affect Switzerland, Monaco, Lichenstein and other havens in the same way that they get the rest of us? If we had a world class finance centre -and we do, its the IFSC- and world class education and finance professionals -this can be achieved- then there is nothing stopping Ireland from doing many of the jobs currently performed in the City. Currently we only get the scrappings of the table in the form of administrative operations.

Bankruptcy is another thing that needs to be reviewed, Ireland’s laws are harsh and borderline cruel, risk taking entrepreneurs represent the enterprise function in this country which is actually the largest employer. While being mindful of large multi-nationals the Government have failed time after time to seek out more positive conditions for enterprise, currently the incentives for business creation are insufficient, the problem is that we have a nation of gifted and skilled workers who could innovate into new markets if there was conditions which met two simple criteria. Firstly that starting a company doesn’t mean facing unrealistic financial hardship, and secondly that if the firm does go bankrupt that the process is simple (so they are not also burdened with massive legal bills) and fast (so they can recoup and try again). 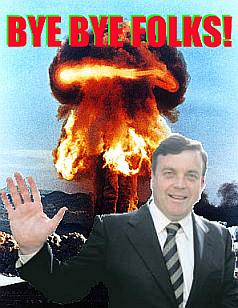 Part of what makes Americans so competitive is their view of business failure, the expression ‘fail your way to success‘ originated there and often if you haven’t fallen at least once in the past you are considered ‘green’. Failure brings lessons, and those lessons create better business practice and efficiency – one of the reasons that capitalism must have failure embedded in its ethos as not being the ultimate evil, instead, meddling with failure such as governments are want to do so rapidly is the greater mischief.

Immigration should be reviewed (not in the budget but in general terms), because if you are a doctor from a non-EU country it is harder to get into this country and live than it is for a hardened criminal from Central Europe, something in this equation doesn’t make sense.

Taxation should also be carefully considered, I would urge readers to examine the Laffer Curve which is a theory well known but made popular by Arthur Laffer (economic adviser to Ronald Reagan). It shows that the overall tax take can actually decrease when taxes are raised beyond a certain point, taxation can reach a position where it becomes more viable to make every effort at avoidance and even evasion in certain circumstances. In fact, when understood and effectively used the Laffer Curve can cause unexected economic uplift.

Desperate times call for desperate measures, and there is nobody saying that responsible public spending is a bad thing, it is the irresponsible spending, or the prospects of such that concern the financial community the most, and at a time like this easy answers are not necessarily the wisest.