Cut this! The Public Sector figures must be reduced. 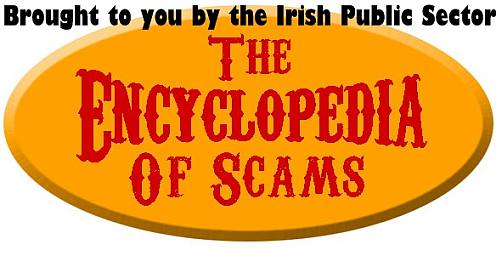 We have had what is being described as a ‘hair shirt’ budget, and indeed the budget – even when you account for the U-turns – is not ‘taxpayer friendly’. The current administration seem to lack the stomach to deal with even their own ideas, I think it would be largely unpopular to say ‘bring back Thatcher‘ but there is a lesson to be learned from the type of iron will a politician like that possessed when she had to face up to the Miners and Printers unions in the UK during the 70’s and 80’s. 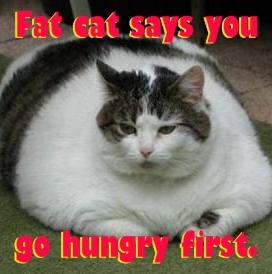 The single fattest cat that requires cutting is actually the apparatus of the state, currently there are over 373,000 people who are employed by the state. This represents almost one in 5 of the workforce, which means that the other 4 have to make enough money for themselves and to keep the machine alive, we do so gladly because other than anarchists everybody understands the need and requirement of an operational public sector, it is however a disgrace when it becomes so large and so unionised that it cannot be tampered with even though it is functioning to the detriment of those it supposedly serves.

It is however the responsibility of the state to eradicate benefit abuse, to find a new way to address long term unemployment and to cut back a public sector which was swollen on record tax takes which were all related to property. In fact, if the public sector did not exist we would have no deficit. 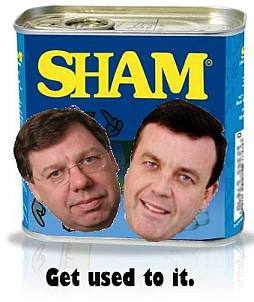 Today we have learned that TD’s can (if they were a teacher) have their jobs held for up to five years! As if that alone is not ridiculous enough there is another facet, they can earn the difference between what a replacement is paid and what they were paid. The Independent covered this story today. For instance, if a teacher was earning €60,000 pa and then went on ‘Oireachtas leave’ then they are able to keep the difference between the €60,000 they earn and the (for instance) €50,000 the replacement earns, this can be kept for decades after entering office! Thus far the TD’s indicated in the article received €315,000.

The only way they don’t receive the money is if they tell the Dept. of Education that they don’t want the payment, however they still keep their pension entitlements! The singular fact of this is that the State is unsurpassed in paying and taking care of its politicians.

Benefits such as ‘defined benefit’ pension schemes (assured by the state – which means the tax payer) and getting a raise during the worst financial mess in 70 years spells it out clearly that there is a new upperclass citizen and they go by the description of ‘Public Servant’.

A survey mentioned in the Sunday Business Post showed that not only is the public sector paid well, but in fact they make more on average than those in the private sector!

The credit crisis is one thing, the larger and harder issue facing this nation is that of a credibility crisis which is emanating from our current government and their inability to act on key areas that require the closest attention.