It’s not all gloom and doom: some of the things will improve in the downturn 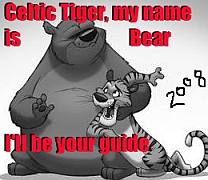 I’m a big bad bear, have been for quite some time, but even the likes of me can see that the property fallout will have some good aspects. News generally covers the bad side of things perfectly well so if you need some of that go Google ‘Credit Crunch’. Today we’ll consider some of the good things.

1. First time buyers will get cheaper houses – Even though the state seems determined to halt the downward trend in property prices (by starting a state backed lender who will give out loans the bank won’t), it is kind of like King Canute hoping the tide won’t come in. 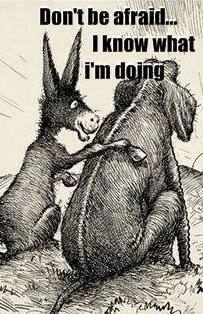 The fact of the current market is that properties are remaining on sale for 6 months and more, thus meaining that it is over priced. There is a cycle of emotions in investment and it is likely that until we see the ‘capitulation’ stage that the price drops may not come. When they do there will be genuine value out there because when markets turn its like a pendulum, it doesn’t swing back and just ‘stop’ in the middle, instead the market will actually overshoot values and be under-priced: that is the ideal time to purchase an asset, at the point at which it is undervalued.

The key to watch in our opinion is the selling time frames on properties, when they start to hit the 2 or 3 month selling times (from first listing) then you will know that prices are rationalising and a further fall off -although it could occur (lets face it, anything can happen in this world!) – will not damage long term prospects the way it has so many other buyers.

2. Putting value into a property will be measurable – In the past all you had to do was sit and hold and values increased, a good value house versus a bad value house was as determined by the number of bidders as it was by the location! Insanity and best avoided. I recall bidding on a house near me in Donnycarney, it was delapidated and listed at €205,000. When I called to put in a bid of €205,000 I was informed it had already risen to €355,000. I knew from that point on that I was not going to be involved in property deals in Ireland for quite some time. 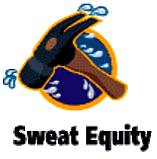 However, in a market like the one we have now you can probably give a fairly accurate value to houses when interpreting one against the other. Take two houses on the same road: the one with the south facing garden can be accurately weighed up against the one with the north facing garden that has an extension, in the past they both went for mad money, now valuers and buyers have the time and scope to decide the price that they are willing to pay and to understand the pro’s and con’s before making a bid.

3. Buyers in general can get better deals – It has never been a better time to be a buyer, actually, there were better times to be a buyer but they were so long ago that it is kind of irrelevant in 2008.

4. This market encourages creative negotiations – I want to sell my house, and I want you to buy it so if you agree I’ll have the place painted whatever colour you want assuming the contract is signed at the price we have agreed. That is one example of something we heard, on the new build front people are getting floors and other nice additions ‘thrown in’. There are many ways to negotiate and only one of them is the focus on price. 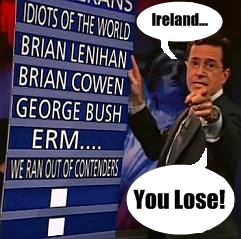 If you see a place you want you can ask for changes to be made rather than trying to push on price, for instance: rather than saying ‘I will offer 10k less because I want a different bathroom’ you can ask to have it done, because in the end of the day if you need a mortgage (assuming you are not Mr./Mrs. Moneybags) you can then raise finance on the full purchase rather than getting it for less and having to pay for that work to get done. Oh, and another thing is that the price of getting jobs done has come down amazingly in the last few months.

5. Less stamp duty – Lower prices mean less stamp duty (for the non-first time buyers out there and investors). If you can get a property for less the transaction costs come down correlation to that. The VAT and stamp implications are lower.

6. Easier interpretation of the mortgage market – Measuring or making sense of a market that is at full gallop is kind of like a tailor trying to take a sprinters measurements while the sprinter is actually running. Now that the market has calmed we can make more accurate predictions as to where it is and where it is going.

Most importantly, the appearance of a property bubble will not go unnoticed again and it will save countless people billions in money they don’t have to lose by purchasing at the wrong time. It will also help to regulate jobs in construction and not have the scramble for labour and subsequent unemployment explosion we are currently witnessing. 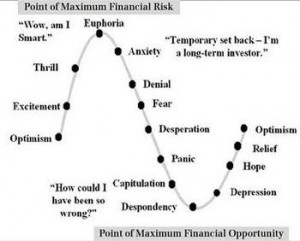 7. Green areas will remain green – Every corner is no longer considered an ‘investment opportunity’ and with a massive overhang in the supply of property it will be some time before our green areas are compressed throughout urban areas.

8. Infrastructure stands a chance of catching up – You don’t need to go further than D15 to see that there is a deficit of infrastructure versus housing stock. We will have time and inclination to put this to rights in the coming years.

9. We can focus getting it right: Spending public and private does not carry as much accountability when money is flowing easily. It is only when it gets tight that we can sit back and truly get to the route of many issues, from solving the ever-lasting issues of the HSE (Health Service Executive) to the weight of the Public Sector wage bills.

10. Idiotic public spending is curtailed (for the most part!) – The new ‘First Time Buyers’ scheme is an example of how not to spend €1.66 billion responsibly, but on the bright side that scheme is probably not going to be very successful.

11. The Generation of tomorrow gets some cop-on. A personal favourite of mine. The generation who are between their late teens and late twenties needed (for their own good) an attitude adjustment. They had never seen a recession or even an economy that was sluggish, you could see this in their work ethic and in their expectations. I don’t dislike the younger generation, indeed I think they are innovative and they will be the gatekeepers of tomorrow, but the ‘entitlement’ mentality of society (which is particularly strong amongst them) had to go.

12. We all make vows – not to be greedy again, the nice thing is that in some cases these vows will be kept.

13. Changing attitudes to incomes: People on welfare are no longer considered ‘scrounges’ because the guy in the queue next to them used to be an investment banker. Recessions don’t discriminate, in fact they are universally fair in many respects, they don’t hit a person any more or less based on skin colour, religion, or ethnicity. That is helping us all to re-evaluation the ‘value’ of work, never mind ‘job title’. 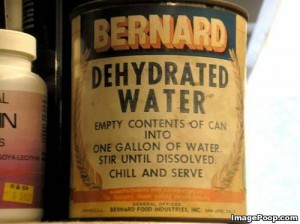 14. Boomers will leave rather than have no job – I know three people who are packing off to Australia, this is sad in one respect because they are all bright people, but on another hand its an exciting life adventure and the Irish have had a strong tradition of emmigration throughout history. It is this very habit that helped me bump into a Paddy on a remote island in Indonesia, and it is also the reason that when you travel and people find out that you are Irish that for the most part you get a warm welcome, one of your compatriots did a good job of ambassadorship at some stage before you!

So remember: every dark cloud has a silver lining, concentrate on that while avoiding the news because we just got another kick in the head on the stock market, but hey, you can’t win em’ all!