It’s gonna hurt…. because it has to. 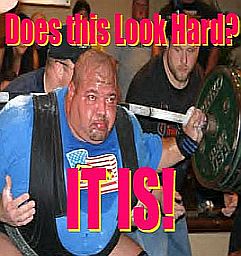 I have found something that nobody disagrees upon, which is the need to save the economy, but that’s where the agreement ends, because once you mention solutions the disagreements begin.

Should we fix the problem by raising taxes? Cutting public spending? A levy on the Public Sector? Bring the lower paid into the tax base? And for every person who agrees with one aspect of this there will be another who says it is the wrong answer.

I would differ, I think they all must be done, we need to solve this mess fast, and it is going to hurt, not because that’s what the government want, and not for fun, but because it has to. I like analogies so here is a fitting one: An overweight person realises one day they will die if they don’t lose weight, they can start to argue with the doctor that they want to eat the odd doughnut, but they won’t eat ice cream, they will do moderate exercise but don’t want to change their diet, they can diet or no exercise etc.

The real answer that you have probably formed in your mind is ‘they’ll have to do ALL the right things’! Eat right, exercise, no junk food…. hard work. Economies are not vastly different, in fact, their comparison to a living person is perhaps the closest non-financial analogy you can come up with. 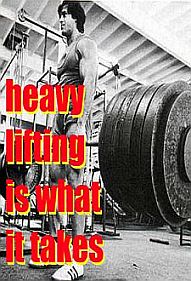 The t-shirt ‘No Pain, No Gain’ is sometimes seen on people at the gym, although not so much any more, it was kind of an 80’s thing. However, the beauty of that statement is the simple truth it holds, without the pain of hard work, without toil, without busting your gut to do that last squat, deadlifting and lunging till you puke, doing cardio when all you want is to go home and lounge in front of the tele, without this you will not have a stellar physique, you will at best, only be mediocre. And the fact is, that Ireland’s economy is not even mediocre, it is in a shambles.

So the cure will have to hurt, the polar opposite of the carefree spending years will be the order of the day, and it will hurt, because it has to, because anything short of the actual solution, anything that tries to ‘wean us off’ will merely be delaying the inevitable, so it is best if we get it out of the way now, rip off the plaster fast, as I am prone to say ‘do the heavy lifting’. The Government are at epic lows in the opinion polls, and yet this is precisely what is required to get the job done, you don’t fear standing on a few toes when you already know nobody likes you, Cowen needs to cut and chop and be vastly unpopular, in fact, the polls tell you that at last he is actually doing what must be done.

Not to be popular, not be seen as a decent fella’ [like the man before him was], but because he has to, and his new sense of resolve is, at least in some respects, a breath of fresh air.