Is education a luxury or a right?

I watched with admiration as students protested recently about plans to bring in fees for third level schools, I wasn’t pleased because of their motivation, but rather the fact that we got them out on the streets en mass. For a long time students have seemed to morph into a different creature, they had cars and better gadgets than me (there is an element of jealousy in this post!), they went on more foreign holidays than I did too, and seemed to have more disposable income. I accept that the bit I don’t see is that most of them balance education with a working life.

One of there chants caught me in particular, it was a guy with a megaphone walking down Lombard Street afterwards, he was calling out ‘Education is a right not a luxury’. A part of me wanted to go downstairs and question these beliefs but I was working to a deadline and couldn’t.

The issue is this: Education is not a right, you better damn sure believe it’s a luxury, it may be a luxury so commonplace that it becomes commodified and seen as an everyday item but that doesn’t make it a right, rather it means that your view of it is totally skewed by the environment for which you have drawn your world view.

I say this having been to countries in Central America, South America and Asia (I assume the situation in much of Africa is similar), and what I saw in many of the countries was a common thread, only the rich could afford education. Everybody in these countries had many of the inalienable rights we expect everywhere, the right to freedom of religion, the right to not get killed, the right to work etc. but education was sorely lacking in many of them because it isn’t a right, it’s a luxury. 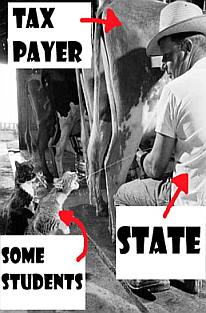 In Ireland you can get a world class education for free, an education is one of the few things that helps put a stop to cyclical poverty, it can help a person raise themselves to the challenge of different levels in working life and if you were to put a price on it when considering the benefits the difference is massive.

To demonstrate this we will look at a person who didn’t go to University, they earn (in this example) €33,000 per annum, we won’t factor in wage inflation or other figures in order to keep it simple, the person ho did go to university earns €45,000 starting off three years later than the first person. We won’t factor in the fact that the person with the degree is more likely for promotions, or to be able to do a Masters Degree etc. and increase their income, we’ll just keep a nice flat model.

Again, to keep it simple we won’t get into net present values or anything else. As an estimation the university educated person gets the benefit of €405k for 3 years of input which would suggest that each year added an additional €135,000 to their personal bottom line. Currently the process which yields this additional value is distributed for free. 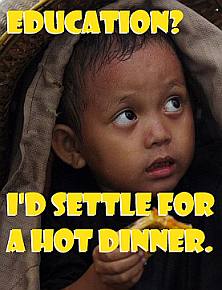 When students talk about (and I was a student too at one stage!) education as a ‘right’ what they are really saying is that they want the additional benefit that comes with an education but none of the responsibility, which, in a world that operates on finance would mean having to pay for what you receive. This not only pangs of ‘entitlement’ but is actually a working example of it.

Education is no more a right than a person has a ‘right’ to own a car, if you can afford a car then you earned that right but our university system doesn’t seem to distinguish and that is a fatal error. University fees, at least to some meaningful level should be commonplace, there should be some kind of means test.

If you say ‘no that is wrong’ then answer this: Should you be means tested to receive social welfare benefit? If you say ‘yes’ then you are agreeing with me, you acknowledge that receipt of certain rights and benefits carries with it some form of foundational reason and rationalisation of the cost. If you say ‘no’ then why can’t everybody get a full welfare package? Heck, let’s throw in the working people too just to keep it all even! 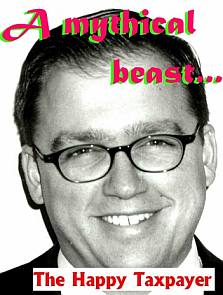 I don’t accept that a person coming out of university with a solid degree has a ‘right’ to it, they have to earn the degree itself in the classroom but the actual right to the provision of a university education is a joke and the butt of it is on the taxpayer. Any student that can afford a car, or many of the other luxuries commonly associated with people working is probably not paying enough, any student who has to commute for over 2 hours and uses public transport exclusively and is doesn’t have much is probably paying too much.

Fees, like taxation, should be balanced in a rational way, it is not good enough to accept that absolutely everybody has the right to a university education, that is an entitlement mentality and one that will play through by creating adults with the same views and beliefs. In this world about half of the people on it live on less than $5 a day, and millions go hungry, while here we talk about certain ‘rights’ surrounding higher education.

WHAT I AM NOT SAYING IS THAT ALL STUDENTS SHOULD PAY FEES!

Quite the opposite. What I am saying is that not all students should be educated for free, there are students who do need money and assistance and they don’t get nearly enough, that is because the money they should be getting is being used to subsidise other students with more money who can afford to pay but don’t’. 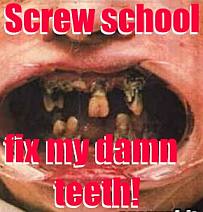 Almost exclusively tax in any sense is unpopular, I have never met a person yet who says they enjoy paying tax, paradoxically I have never met a person who says they hate receiving some of the benefits taxation brings them – such as roads, bridges, schools, public transport, a civil service etc. So it is time for everybody on this island to cop on, help the people who need help and don’t help those who don’t! If you can afford to pay for an education you should pay, that way we can get more people from low income backgrounds into college.

The current system is simply unbalanced and while I believe our universities are of an excellent calibre, the cost of running them is high and fees would help ensure that the funding for education is always there, it would also mean more money can go towards the students most in need of financial assistance.

So no, education is not a right, it is a luxury, and luxuries by definition don’t, and shouldn’t, come cheap.