Irish Government bonds, what is happening? 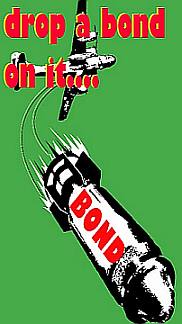 Governments often have to raise money to achieve their objectives over the short and medium term, in Ireland we do this by raising bonds which is basically where a buyer (private or institutional) acts as the ‘bank’ for the state. The creditworthiness of our nation is currently the lowest in the Eurozone, below that of countries like Greece and Portugal. This means that we have to pay more interest to attract a buyer.

Today Moody’s (a rating agency) has put Ireland on watch for a debt rating downgrade (it means our debt will be considered less secure), and that means that we will have to pay even more in order to attract new investors for bonds. How this trickles down to the person on the street is simple, we’ll have to foot the bill eventually because the ultimate guarantor of state borrowing are the people in that country. The tools to achieve this with are higher taxes and less public spending, both equally unpopular.

For now we are keeping our AAA rating (the highest rating available), the announcement of €2 billion in spending cuts is not good for the people here but it is good news for the bond market who will want to see hard actions taken to ensure that we service our sovereign debts. 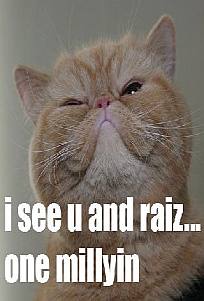 Credit default swaps (CDS – which is basically an taking out insurance that you’ll be paid) is one area that gives you an interpretation of how our sovereign debt is seen, currently our spread (the % away from a certain point – in CDS markets this is normally v.s. German Bonds) is 265-290bps (that stands for basis points 1% = 100 basis points) above German Bonds which has set a new record for Europe, not the kind of ‘record’ one really wants to be known for. Sadly Credit default swaps on Ireland now cost more than contracts on the debt of Chile, the Czech Republic, Israel, Malaysia, Saudi Arabia, Thailand and China. Not a good sign, but still better than the 995 basis points Iceland attracts.

We (Ireland) are in a situation where we need money to get by in the short term, but to borrow beyond our means – which is basically what must be done – is difficult without losing some of our credit rating and that is what is being reflected in the CDS market. The reality is that some very unpopular fiscal decisions are going to have to be made if we are to ensure we pull through the current market. Failure to do so will affect generations as the confidence in our sovereign debt determines what we pay for it, and if we pay more for it today then we have to be taxed more tomorrow to meet the obligations. We are truly between a rock and a hard place.