Ireland is downgraded by S&P 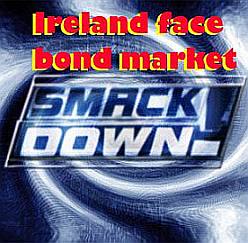 We wrote about this in the past, the risk associated with a ratings downgrade to the country, and here it is laid out in plain English.

A downgrade on our rating from AAA to AA+ has the effect that everybody knows about, raising debt is more expensive, so in the past if we had to pay (for instance) 150 basis points over base to clear bond issuances then a downgrade will have you paying (for instance) 180 basis points as the market views your nation as being a higher risk [bear in mind that AA+ is not a ‘likely defaulter’ rating].

However, this has already been priced into our bonds for the most part as they all had to offer higher than average margins to clear, what the downgrade does do though, and the bit that I don’t see in the press and can’t figure out why, is to cause the enforcement of automatic international treasury rules.

What does that mean? It means that there are institutions the world over that have money on deposit here, either with the NTMA as bonds, or with large institutions, the banks were protected from the outflows of a credit write down by the state guarantee, basically we (as a country) stood over our institutions, so by default the banks had -until 2010- the AAA that the country at large enjoyed, now that the downgrade has passed this changes. 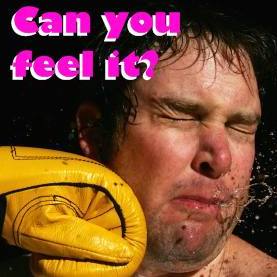 Bank/Hedgefund/Investor/InsuranceCompany X have money here, either on deposit with the banks [and between BOI and AIB there is €140bn of short term debt to roll over in the next two years] or in our bonds, and these companies have rules about how and what they invest in. For instance, they may have a set rule that they can have no more than 10% with any one company that has a AAA rating, but only 7% if they are AA+.

The result? It means that even if Company X really want to keep money in Ireland that they have to remove at least 3% of it in order to comply with their treasury policy. We don’t have an exact knowledge of what institutions or to what level this will apply, it is impossible to know who has what money where, the banks themselves know this but they probably don’t know the treasury policy of each depositor, and if they did know they are not telling the financial community.

So the real systemic risk from this is not the rise in our cost of funding debt – while that is a massive issue it is a minor one in comparison to what can happen on the international deposit and bond side of things. The wheels of which have now been set in motion. This is not scare mongering, merely pointing out something which the press are not latching onto, again, I don’t know why this angle is not covered, but it is a genuine issue and one that may be the cause of further capital requirements, without depositors at sufficient levels the banks will have to source funding elsewhere, the market won’t provide it so the people must instead.