Infrastructure: Costing too much and rewarding so few 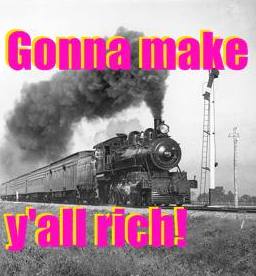 I am not about to say the Luas isn’t great, having used the service several times I find it to be more efficient than the Dart or bus and in the areas that it serves it beats other forms of transport hands down for speed in getting there, that is really the golden aim of public transport, make it cheap, fast, reliable and it will work.

The issue I have however, and that we will cover today is that the Luas went well over budget and in terms of a capital project we have rewarded the people along the Luas line with unearned capital gains which will never be taxed and that gain came implicitly at the expense of the taxpayer.

I was thinking of canvassing the houses along the Luas line to ask them if they felt that ‘bank bailouts’ were a rip off and if the tax payer should be rewarded for such actions given that the state were paying for it, then to ask them if they felt the same way about capital outlay projects such as the Luas which (as per yesterdays Sunday Times) it is now confirmed, added a full 17% to the value of houses in its catchment. In the end I decided that I wouldn’t go door to door, the risk of being mistaken for a politician at this time of year was far too great.

The issue however is this: we delivered a full 17% tax free gain for people there who sell their primary home, and an impressive 13.6% tax free gain for investors in the same areas (17% minus 20% CGT). The infrastructure serving this area is singularly responsible for the rise in the property prices, and it was all delivered at the expense of the taxpayer, with no expense to the receivers, and there is nothing in place to prevent the owners of property in this catchment area from profiting from the fruits of the taxpayer outlay. 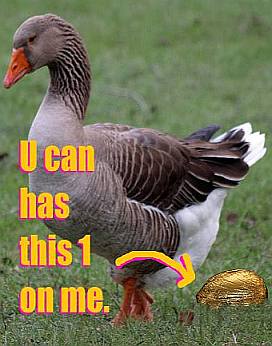 This is the kind of thing that tells you instantly that we have to adopt property tax, and it must be both progressive, and ensure that people pay for the goods and services which they receive, the populism of unpopularity cannot be allowed to reign supreme as it did when then Taoiseach Garrett Fitzgerald last tried this in the 80’s. I often feel he was the last great Taoiseach we had.

How can you run property taxes in a fair manner? I suppose you have to have several tenets.

1. If you paid stamp duty then you start off with a ‘credit’ once you bought after (for instance) 2000, if prices drop to those levels then it wouldn’t be fair to argue that there was some ‘gain realisable’.
2. If you sell while using your credit then it is clawed back
3. There is no more up front transactional tax (stamp must be well and truly abolished as it is an error and doesn’t take into account future utility gains).
4. We must democratise the tax system to a degree, this means that a person receiving services pays for them and the greater your uptake the greater you pay.
5. We will need to have a plan for those who are in large houses in expensive areas that can’t afford their correct rate as well as those who can’t afford their rates in general, this might be via an ‘offset’ plan. For instance, if you are over 65yrs old then you can pay rates at an artificially low level but you get a valuation from age 65 and if the house is ever sold then any gain above the age 65 valuation is taxed at 90%. The value assumed for the elderly would be up to them, if they pay more in life then their assets are taxed less when passed on and part of probate would need to be the realisation of such gains. This would mean that potential beneficiaries may actually have an interest in helping their parents to make their tax payments for instance.
6. There needs to be a value placed on any service, then on various areas, so water supply in any guise would be X price, cabling and electric supply is Y, streets are Z etc. that is the foundation, above that counties would need different ‘zones’ and rates are applied per SqM of a house, ‘values’ may be the wrong thing to work with. 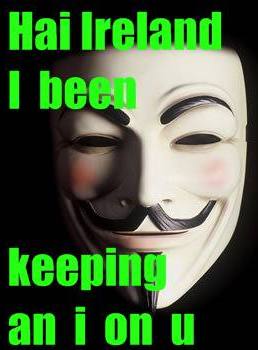 7. Local councils would need to be paid directly rather than via a national collection which filters down, they must not be allowed to run deficits and more importantly, they would need to be able to force value for money with as much privatisation as is possible. For instance: bin collection could be privatised if the actual bin men were allowed to buy the fleet and quote for the work but only as long as other operators can quote for it too.

These are just some of the ‘off the cuff’ issues that we would need to deal with, but alongside this we would need to steer away from ‘income tax’. Income tax is a cancer in my opinion, it was brought about in the early 1800’s by William Pitt in the UK because land tax (and according to Adam Smith land is the basis of all rent/economics) was totally unpalatable to the House of Lords – due to the fact that they owned all the land!

A flat rate of income tax would be a good idea too, our current tax system is a tax in itself, for instance, how many people know how to work out their own wages? If you don’t, and you have to hire an accountant to do it, or buy expensive software then it’s an example of the ‘tax of taxation’ I’m talking about.

Reform is required in order to tax the asset holders and to encourage mobility and utility, unfortunately income tax doesn’t do that and it fails to address cyclical issues in the economy as well, in particular when you ‘front load’ said taxes as we did (via stamp duty).

It woudln’t be popular, and it woudln’t be easy, but I do believe that if people were allowed to see a future in which they paid for their services progressively and fairly and were taxed less on income that we would actually have a big uptake in such an idea, pity no party goes so far as to suggest this.