I wish I was a banker 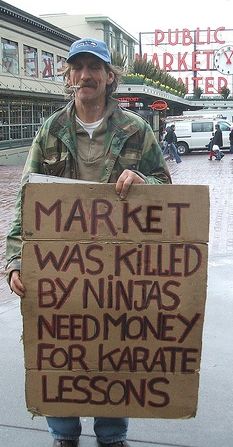 The nationalisation of banks has taken up many of the editorial pages of late, everybody has their own opinion and in particular there is some serious divide in the academic realm. However, the reality is that if banks are nationalised then the people working in them should by right, become public servants, and if I was a union organiser in any of the large banks I would be ensuring that everybody is organised so that the necessary steps are taken, when the state becomes the new boss, that state worker benefits are part of the deal.

Why not? Why should the state be able to offer teachers a certain contractual benefit but not other people who will be in essence, in the state employ? It’s not semi-state we are talking about, rather a nationalised bank is fully state owned. There is only one shareholder and that is the government.

There are plenty of precedents for bank employees not getting state job style benefits but there is something that nobody has mentioned yet, strikes. Banks are heavily unionised, and while we see teachers and bus drivers talking about strikes, nobody has thought about the literally crippling prospect of banks closing due to strikes, the country would literally grind to a halt.

Bank employees are rightfully angry, not only at their own senior management but also at their portrayal in the press. They have suffered massive losses in their defined contribution pensions, none of them had a magic wand to protect them from negative equity or other financial loss, and at the same time many are unsure of their tenure in general so they will naturally seek an organised labour response to any proposals of nationalisation, as a matter of fact, any shop-steward or union rep worth their salt really ought to be ensuring there are contingency plans in place should the state step into the role of ownership. 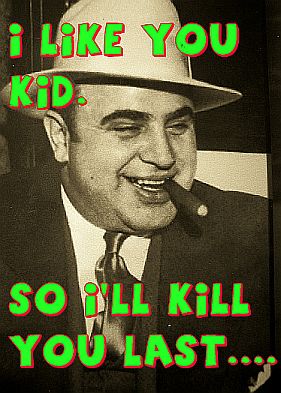 No matter what opinions, professional or otherwise tell us, a continued strike by bank staff would be calamitous, and there couldn’t be an approach of ‘we won’t negotiate’…  That would be like saying you wouldn’t negotiate with the fire-brigade when your house is burning down.

And personally, if I worked in a bank, particularly after all the scapegoating that has gone on in the national press about the banking industry, state ownership (for me) would have to go hand in hand with state-job status and I’d happily strike until I got it, the teachers who educated me have it, why not everybody else in the state employ? People need to remember, that while we normally associate strikes with the public sector and the regular bus strikes, that labour action is not confined to them.

Try getting anything done when the ATM has no money because the bank is on strike, when you can’t write a cheque, when you can’t use your debit card? Then you start to get an idea of why we need banks, and more importantly we need banks that answer to shareholders, not to the state. The current private system is working – albeit staggering down the road with a cracked head – but alive nonetheless, you transfer that mechanism into the realm of state control and you’ll see it die. 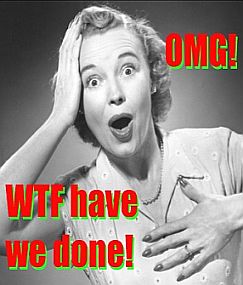 Question: If the state knew how to run anything efficiently then it should have a really excellently run health system, there has been plenty of experience and money/labour put into it, so with all of that knowledge and skill, they should be able to run an exemplary health system because they have loads of experience at it right?

If the reality of our health system leaves you unimpressed, and bearing in mind this is something the state has immense experience in, then try, just for a moment to imagine what might happen if they own our banks too?

If the banks went on strike would they get their way? I’m reminded of a saying I picked up from the years when I lived in Bridgeport on the south side of Chicago, it is attributed (but historically not proven) to Al ‘Scarface’ Capone and went like this ‘you get pretty far in this life with a smile and a kind word, you get even further with a smile, a kind word, and a gun’. If the banks strike that will be the gun to the head that the state will have to play roulette with, not a game many would hope to step up and join.