How you are already paying for nationalization 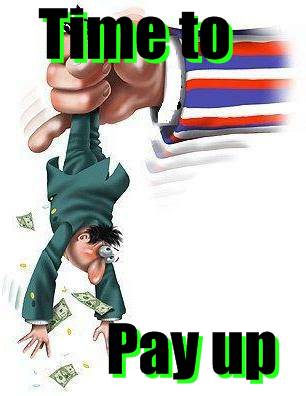 With one bank totally nationalised and others due to get recapitalised any day now it is time to ask ‘Who is paying, or going to pay for all of this?’. And the answer is in short – the tax payer, it’s just a matter of when and how.

One interesting conversation I had today was with a banking colleague (and I don’t have many friends in the bank system!) who asked me this ‘How can some banks offer deposit rates that are so far above the money market?!’. I told him that this offer existed because of the margins being charged on their lending.

His belief was that they are effectively selling government bonds via their deposit function, the state can either capitalise them -and doing so goes on the official record- or they can be propped up with deposits paid in by the public for high returns, however those returns may eventually have to be paid for by the state and thus, ultimately, by the taxpayer. 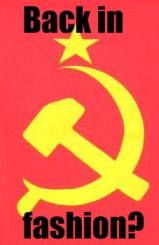 This view doesn’t sit right with me but one point was made that is factually true, in the past Anglo had an ‘A’ rating while other banks had ‘AA’ ratings, they paid higher margins as they were a higher risk organization, however, now they are owned by the state who are ‘AAA’, so they are now viewed as a ‘no risk’ or ‘low risk’ operation, so why the high margins still? A near zero margin would actually be more appropriate given the security of the organization.

The answer is that they are likely trading from their old business model despite their new owners and this is a mistake so there is no doubt that in the coming months Anglo will drop their deposit rates back into line with other institutions.

They are attracting plenty of deposit clients, a conversation with a contact in private banking there established that fact, the money is flowing in fast and that is a good thing, it saves the state from having to raise money to shore up capital positions, the margin however is the issue and that cannot be sustainable given the likely impairment and default the lending side of the book will take, so it makes total sense to believe that deposit offerings will fall soon. Therefore, if you want to lock into any of the suite of high rates still remaining in the market you had best do so soon, they will be withdrawn soon as they are unsustainable.