How Negative Equity can cause arrears. 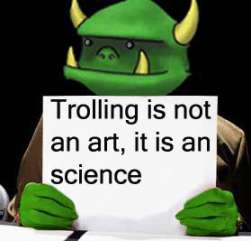 A recent report by Moody’s pointed out that increased negative equity will cause a rise in arrears. The commentary surrounding this (in Ireland) takes the view that correlation is not necessarily causation. That people in negative equity won’t automatically go into arrears unless they cannot pay, that negative equity of itself is only an issue if you lose your job or have to sell. This is a valid opinion but it ignores the operational aspect of a household in respect of the way that they react when financial difficulty occurs.

There are several hundred thousand households in negative equity, and about 35,000 in serious arrears, how many of those people would not be in arrears if they were not in negative equity? The answer is: how ever many would have sold their house as a solution.

The first thing many people do if they know they are going to be headed for a situation where they stand no chance of paying their mortgage is to put their home up for sale, in the past this simple act disqualified you from receiving mortgage interest supplement (MIS), and that has thankfully changed, but you can’t put your house up for sale when you are in negative equity because the sale will not clear the mortgage and in many cases the bank will prevent this from happening. They will instead push for full repayment of the debt, an application for mortgage interest supplement and while this happens the individual goes further and further into arrears.

In the past the majority of people had some equity in their home, and that meant that arrears might eat into the equity, and if they decided to sell then they would be out from under the debt and the arrears. However, this is no longer happening, which is why 21,000 households are more than 6 months behind in payments and a further 7,000 have not made a payment in a year. They are stuck where they stand and little can be done about it.

And that is the way in which negative equity and arrears are perhaps more closely tied to one another than we often hear about, where one actually can cause the other.