How falling interest rates hurt banks during a liquidity crisis 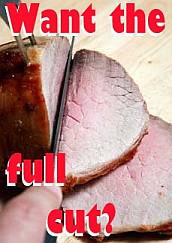 The falling interest rates are heralded by consumers of Irish mortgage companies as a godsend – well, for the clients of the Irish banks who actually pass on the full rate cuts that is! However, at the same time it creates a rate compression which damages the bank and this is what we will consider in this article.

Banks have two sides to the operation roughly speaking, on one side there is the lending function which we are all aware of, mortgages, car loans, personal loans etc. on the other side is the deposit taking function which provides part of the money they lend out. There is of course the interbank market which supplements (and often surpasses) deposit funds for lending, but to keep things simple we will focus on a world where deposits roughly equal lending.

When interest rates drop and mortgage holders avail of a decreased payment on one side the other side, depositors, lose money in terms of the interest they are earning. This is the basic premise, but where does the compression come in?

Firstly look at the margin on lending, some lenders have publicly stated figures of c. 90 basis points, on average though banks are probably making a margin of 1% to 1.5% on loans (when you consider all the trackers, variables, fixed rate suites combined). When rates drop this margin will stay approximately the same on the lending side but an entirely different thing occurs on the deposit side of the equation. 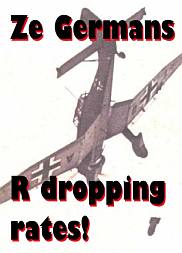 A depositor will see a rate drop feed through to their margins and do one of two things, either shop around for a better rate and move – the holding bank doesn’t get a chance to keep the business – the existence of better deposit rates means they may have to consider upping their entire offering to prevent this, or they will call the present holder of the deposit and try to renegotiate a better rate. There is a huge amount of depositor inertia in the market but this is decreasing as people become more financially literate and the economy comes into more focus in the news and media.

So banks are in a bind, they need deposits for capital purposes and in order to lend out any money, their rates come down on mortgages (we’ll just focuse on that margin of 1.25% approx) and yet they cannot pass on the full rate cut to depositors or they risk losing them!

This is where the compression comes in, as rates drop that 1.25% is eaten into by offering more attractive rates to depositors and the paradox is that the lower rates go the worse off the margin position will be for many of the Irish banks! This expresses itself as decreased liquidity, thus less lending to enterprise, which hurts jobs and this in turn means less money is there to pay loans and this increases impairment so it is one large vicious circle. The frustration is that these rate cuts are intended to lure money out of bonds and into the market but they are actually having an almost inverse effect due to the condition of our banks. 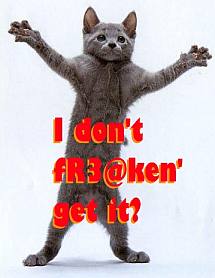 The obvious solution for a bank (and I’m saying this from a business perspective, not from personal belief) would be to avoid passing on the rate cut and to attract more capital, the banks have three big issues they must deal with and in this order: first they have to recapitalise, secondly they must get liquidity, either by an alternative to securitisation or by deleveraging (and the latter will hurt the whole economy) and last of all they have to get lending again and this may be the role governments could take a stance in.

Banks won’t lend due to the risk in the market, there is credit risk associated with every business and it is due to this that credit insurers are dropping client left and right. If the state said to banks ‘you shoulder the first 15% of a loss and we’ll shoulder the next 15% then it might encourage the banks to start lending again.

When liquidity outweighs other factors you will see deposit rate soar even though it will hurt the bank in the future to honour these commitments, in fact the higher the rate the more it screams ‘we are in trouble’, on the bond market the same thing happens, yields in Argentina and Venezuela are 40% and 20% respectively.. We saw this in the Irish market and it is happening in other countries in the EU as well.

Currently the net interest margin rate compression, liquidity issues and economic outlook have the system all but frozen, it is an unenviable position and one that is hard to work out without the presence of moral hazard or wasted taxpayer money. 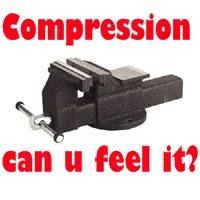 Our national stimulus plan is coming from Europe in the form of rate cuts from the ECB, but if the whole amount of each one is passed on then it doesn’t mean banks improve their position (as outlined above) and indeed the increased money is probably going to be used by the Irish consumer to buy products that were not manufactured here thus causing further trade imbalance at a time we need it the least.

In any case, banks will likely find themselves in early 09′ forced to face up to the reality of not passing on the rate cut, this will not be good for the debtors of society but it would be a more meaningful step towards improving the lenders position rather than caving to government and public sentiment every time. A striking difference between Irish and UK owned lenders is that the British banks seem to understand this problem and the likes of Ulster Bank are not passing on the full rate cut.

If people have tracker mortgages they deserve the rate cut, that’s what they signed up for, if you have a variable rate then that guarantee is not inherent in your mortgage contract and banks need to wise up to the reality of this and act accordingly. The belief that people holding variable products ‘deserve’ the rate cut is entitlement mentality at its worst.

Society must run on the rule of law and contract, not on the rule of public or governmental pressure, especially when it means doing so is to the national detriment. The state guarantee does not imply that you give away money you don’t have to, which is what it seems to be coming down to.