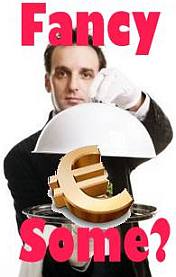 ‘Carry trade’ is where you borrow and pay interest in order to buy something else that pays higher interest, the difference (when it is working as planned) is called ‘positive carry’. Usually this is done in bonds or currency, for instance, if you were to borrow money on short term rates to finance longer term bonds. The interest being paid on the long term bonds minus the interest on the short term borrowing would be the ‘carry return’. In currency the Yen was a very popular carry trade currency as their interest rate was 0%. So you could borrow in Yen, buy something else (unfortunately this money often ended up in CDO’s) such as US Tnotes and keep the difference, the main risk being that one that the Yen would strengthen significantly meaning you couldn’t pay back the original loan.

How does this affect mortgages though?

NOTE: THIS IS NOT A SUGGESTION THAT YOU DO WHAT IS DESCRIBED HERE! THIS IS MERELY MAKING A POINT! 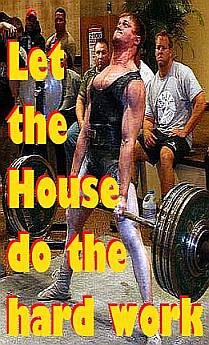 If you had a lot of equity in your home then you could fix your mortgage rate for ten years at 4.45% on interest only (for instance), then take all of money and put it on deposit with Investec at 5.5% keeping the 1.05% difference, if this was done on a top up of €300,000 that would make you an extra €3,150 versus the interest payments, because one is owed and the other is on deposit that equates into a positive carry. The real timing would probably be to do this after the next rate cut which is expected in March and is already being reflected in Euribor prices (negative margin 3 month money vs ECB), the 10 year price will likely come down further after that cut.

Naturally, the situation could change to your detriment at any time so an important thing to do would be to keep an eye on your deposit roll over rates so that if the carry turns on you -eg: deposit rates drop below 4.5% – you don’t lose out. Having said that, you could always clear the principle instantly with the deposit.

In this example you are essentially renting the house out to yourself via the carry effect, issues that are not factored in are the cost of a refinance – if you were to use title insurance this could all be done for less than €1500 which still puts you in cash positive territory after 6 months and with financial institutions likely to continue to . Perhaps the real question is ‘could you be bothered?’.