Greece and the IMF 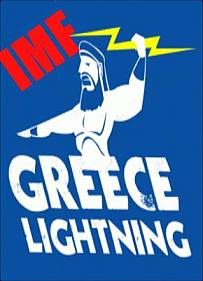 The news this morning that the IMF may be the answer to the fiscal woes of Greece is not good news for the Euro (although Ireland individually will benefit from a weaker Euro, any IMF intervention may weaken our reserve currency status).

However, it may ultimately prove to be the ‘least worst’ solution, up until now the EMU nations and the ECB were all in agreement that Europe would solve its own problems, Sarkozy has been particularly vocal on this, but now the Germans seem to be pulling away from the idea of a bailout. Why? One one hand there are elements of the German leadership that feel that the IMF are the only ones with the ‘instruments’ that can fix the problems in Greece.

Greece has issues deeper than the surface problems visible in demonstrations and minor riots, their statistics are not trusted internationally, something which they have gone to great pains to reverse.

When it comes to German feelings on the matter, their conservative national paradigm doesn’t sit well with what they view as Mediterranean profligacy, if it was ever a case that German workers had to give up certain benefits to allow the Greeks to have same, the distaste of the transfer would be more destructive than the problem it solved.

While IMF involvement in Greece may have negative implications for the eurozone, it would definitely be an effective tool for bringing in draconian austerity which the current government there don’t seem to have a handle on, every time good news comes out about Greece it lasts all of two days then it is back into the trenches. Greece is also a member of the IMF which helps, because (for instance) my home state of California is not and therefore the comparisons of EU Country vs California are not necessarily based on the same parameters.

However, we remain optimistic that the Euro will survive, every major currency faced problems in its development, the US Dollar certainly faced its own tests in the early part of the 20th Century, then it was taken over by the Fed, in the 30’s the revaluation to gold was a major development and then there was the final un-pegging in the 70’s, yet the buck survived, I think the Euro will show similar resilience.