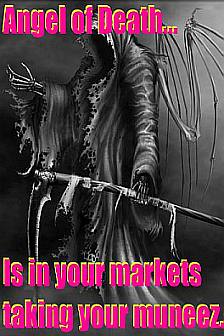 Doom is the only thing selling lately, but today we will bring you some of the Sunny statistics that are being largely overlooked. This doesn’t mean we are well down the road to recovery but there is the distinct possibility that 2009 will be a turn around year for the global economy, that turn around might be a turn for the worse too though! However, the statistics we will show you now are all positive economic indicators.

1: The end of March saw the housing figures compiled for the previous month [USA]. In February the US Housing sales jumped , existing homes up 5.1% and new build was up 4.7% as buyers took foreclosure properties and others that were thought to be at ‘bargain basement’ pricing opportunities. This could be a hiccup or it could be the start of a trend, it is important to note however, that it took spectacular price drops for the renewed activity to occur. The economic stimulus package also provides tax relief to eligible first time buyers which may explain part of this figure as well.

2: Durable goods orders in February rose 3.4% (which was a surprise), breaking a 6 month continuous losing streak.

3: The speed of decline in markets has declined and the opening hallmarks of a non-bear (I won’t say ‘bull’ just yet) market have emerged in the equities markets.

4: Spending: [although personal income fell] February saw the second straight increase in personal spending – hoarding is something that many believe delays recovery.

5: There is a 50 basis point rate reduction expected tomorrow by the ECB, this will mean that anybody who isn’t on a fixed rate will feel the benefit of the lower rate environment [assumption that banks pass the rate cut on to all non fixed mortgage rate customers] as it reduces repayment mortgages by about €25 euro per month, and interest only mortgages by c. €40 per month. This should help people to reach their safety net of savings and those that have will likely start to spend again, those that haven’t should reach their savings goals sooner.

Jobless figures just came out and the US saw a further 750,000 job losses, awful news but one showing that the painful adjustment is well and truly under way. Factory orders are due out in the next week and that may give some further indication of what to expect. The ‘green shoots’ may be visible but we are still nowhere near having a ‘strong oak’. Markets almost universally rallied overnight as well. The curve, at least for now, seems to be levelling out.