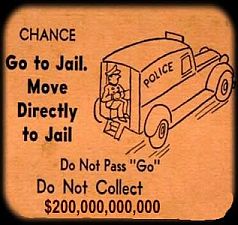 The talk of ‘Economic Treason’ and calling for the heads of every banker are sadly starting to gain more and more traction, all of this is happening without concrete evidence thus far of exactly ‘who’ we are chasing and ‘for what’ specifically, largely the financial leaders greed is central to accusations of wrongdoing, and while greed may not be morally acceptable to right thinking individuals it is not actually a crime.

The FT recently had an article showing that executive pay misguided but that it didn’t make them criminal by nature, stupidity is an ‘equal opportuntities’ trait. It is important that every person in finance is not villified for what was something that all of society played a part in.

One question nobody is asking is ‘what part did I play in this?’, as a brokerage we are culpable, as a consumer I am personally culpable and as a citizen I will be paying for mistakes made on both a national and personal level. It would be my belief that no person in the workforce can genuinely say they had nothing to do with this, unless you rented, lived frugally, never bought a house or car or used credit, and rejected every offer of increased pay you may have been offered. The biggest injustice of all is that people have not realised that the ‘greed’ they are so keen to quash is in fact partly their own. 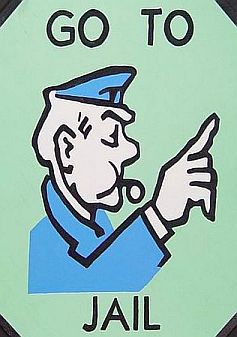 Getting back to bankers, should their pay be capped? Does the state have an interest in this? I would say yes, because the state is ultimately the end backer of the banks and therefore they do have an interest, at the same time they should ensure that they follow suit themselves, our Taioseach shouldn’t be getting paid more than the President of the USA.

Lastly, we need a to determine who was involved in wrongdoing, once identified they should be given a fair trial, we extend fair trials to murderers and rapists so there is no reason to forgoe this for a banker. If proven guilty however, they should be treated the same as any criminal who steals. The reality at the moment is that if you rob an old lady on the street you go to jail, but rob the tax payer and you get a golden handshake, this must end and end immediately.

Any person found to be colluding with false representation on a banks balance sheet has basically helped to rob investors, existing shareholders and the nation (who bear the ultimate brunt of the final bill) and they must be dealt with accordingly, using a pen rather than a gun should’t mean a suspended sentence. This is not what we need to do, it is what we must do in order to ensure that people know there is serious punishment awaiting those who break such fundamental trust at the expense of so many.